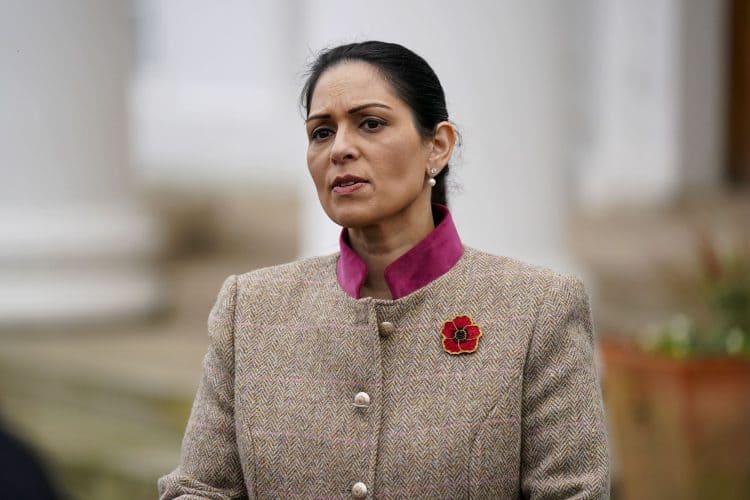 More than two million EU citizens face fresh obstacles to living and working in the UK, and could even face deportation, after Priti Patel decided to make them reapply to stay in the country permanently.

Under the Brexit withdrawal agreement, the government allowed all EU citizens living in Britain to stay – either through granting them “settled status” or “pre-settled status” if they were unable to prove they had been continuously living in the UK for five years.

But now, the Home Office has ruled that the 2.3 million people who now have pre-settled status will have to reapply for settled status at the end of the five-year period for which they were granted leave to remain.

Anyone who fails to apply in time would lose rights to work, access housing and benefits – and could be vulnerable to deportation, according to The Times.

The controversial decision has caused the Independent Monitoring Authority (IMA) – established under the withdrawal agreement to protect the rights of EU citizens in Britain – to take the Home Office to court.

In a High Court submission, the IMA warned that Patel’s move was unlawful and in breach of Boris Johnson’s agreement with Brussels.

It added that it had raised its concerns with the Home Office and warned it was breaching its obligations, but did not receive a satisfactory response.

In its submission to the court, it said Patel’s failure “to correctly implement the United Kingdom’s obligations” meant that individuals with a right to remain in the UK could now lose it in a way that the withdrawal agreement “simply (does) not permit”.

“The issue is that the secretary of state [Patel] maintains that those qualifying citizens who successfully applied for pre-settled status may subsequently lose it entirely if they later fail to make a second application,” the judicial review claim states.

“If they fail to apply, the secretary of state will consider them to be unlawfully present in the UK by reason of that failure.

“The result is that they will be exposed to considerable serious consequences affecting their right to live, work and access social security support in the UK. The claimant [the IMA] contends that this is incompatible with the agreements, which do not provide for loss of status in such circumstances.”

The IMA added that the five-year period for the first of those EU citizens who applied for pre-settled status would become due in 2023, and urged the court to find the government’s plans illegal.

Under the withdrawal agreement, British courts could refer the case to the European Court of Justice – it could also end up in the ECJ should the UK courts rule against the IMA.

Dr Kathryn Chamberlain, chief executive of the IMA, voiced her hope that the action would provide “clarity” for those impacted.

The Home Office said it would not comment on active legal proceedings, but claimed it had implemented the arrangements of the withdrawal agreement “in good faith”.