It's painful to watch. 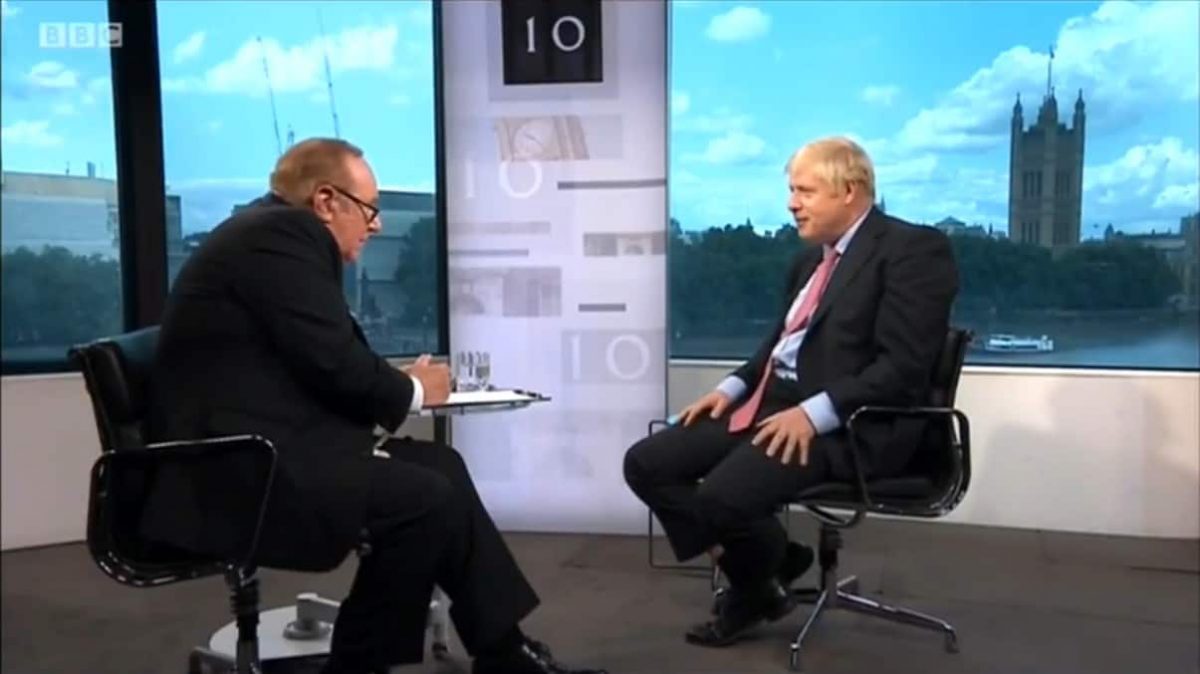 Boris Johnson looks to have dodged a bullet by swerving Andrew Neil ahead of a crunch general election.

The BBC has been unable to fix a date with the Prime Minister after Nicola Sturgeon and Jeremy Corbyn both put themselves forward for scrutiny.

On Friday the broadcasting corporation insisted it would not allow Johnson to appear on its flagship politics programmes until he had agreed a time to sit down with Neil, before they backed down.

Johnson duly appeared on Sunday’s edition of The Andrew Marr Show, where he insisted he was “perfectly happy to be interviewed by any interviewer called Andrew from the BBC”.

But there is still no confirmed date for the programme, with only a handful of potential slots available before polls open next Thursday.

And based on his track record there could be a good reason why.

Speaking to Neil in July he was pressed on the UK’s trading agreement with the EU, namely on the details of paragraph 5c.

The painful exchange is detailed below:

Neil: “And how would you handle paragraph 5c?”

Johnson: “I would confide entirely in paragraph 5b, because that is – ”

Johnson: “I would confide entirely in paragraph 5b which is enough for our purposes.”