“Nadhim, people are laughing at that, I just want to point that out", presenter Fiona Bruce said. 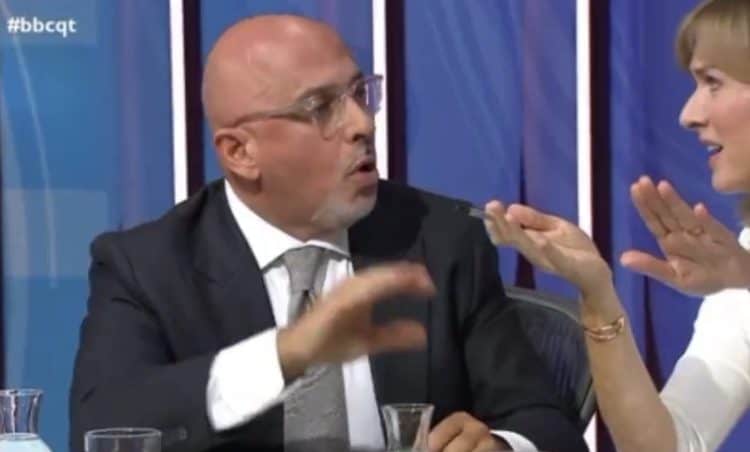 Nadhim Zahawi has apologised on Question Time for the economic turmoil that followed the Government’s mini budget.

The Chancellor of the Duchy of Lancaster was forced to make the apology after clashing with Talk TV presenter Piers Morgan on Thursday night.

It comes after the pound plummeted in value against the dollar following Chancellor Kwasi Kwarteng’s mini budget announcement of a raft of tax cuts, including scrapping the 45p rate of income tax for higher earners.

The Government then performed a u-turn and decided to keep the 45p rate.

The exchange began after Mr Morgan said that Prime Minister Liz Truss had “tanked” the economy with her mini budget.

He said that a “great person” would concede that they had made a mistake and let someone else take over.

He then asked Mr Zahawi if he would say sorry to the country for the economic turmoil that followed the mini budget.

“Nadhim, I have great respect for you. You always used to come on Good Morning Britain when a lot of your colleagues wouldn’t.

“And I would bellow away and you would just take it, and (that’s) great, and you were great on vaccines.

“But for you, honestly, to sit there and try to defend this…

“What I haven’t heard from any of you at senior level in this party in the last 10 days is one word, sorry – sorry to the country for what you have put the country through. Do you want to say it?”

Mr Zahawi began: “Liz said ‘I’ve listened and I get it’, which is why 95% of her economic policy, of her growth plan, she wanted to protect and she will deliver, and the 5 per cent which was damaging she cut, you cut and you move forward.”

However, he was cut short by Mr Morgan, who repeatedly asked him if he would apologise to the country.

“It’s one word, and I think the public would value an apology,” Mr Morgan said.

Mr Zahawi then replied that Vladimir Putin would want the country to be divided, which caused the audience to erupt into laughter.

“Ask yourself this question, what would Vladimir Putin want us to do, he would want us to be divided right now, because he’s using energy…” he said.

Mr Morgan said: “You can’t say sorry because Vladimir Putin would like it?”

Presenter Fiona Bruce cut in, telling Mr Zahawi: “Nadhim, people are laughing at that, I just want to point that out.”

Mr Morgan then asked Mr Zahawi again if he was sorry, causing the former Chancellor to say “of course” he was.

He added: “By the way there’s nothing wrong with saying ‘I get it, I’ve listened, and I’ve acted, and 95 per cent of what I want to do I’m going to deliver, and I’ll drop the 5 per cent’, that’s a good thing,” he said.