The UK's manufacturing growth has plunged to its lowest level since October. 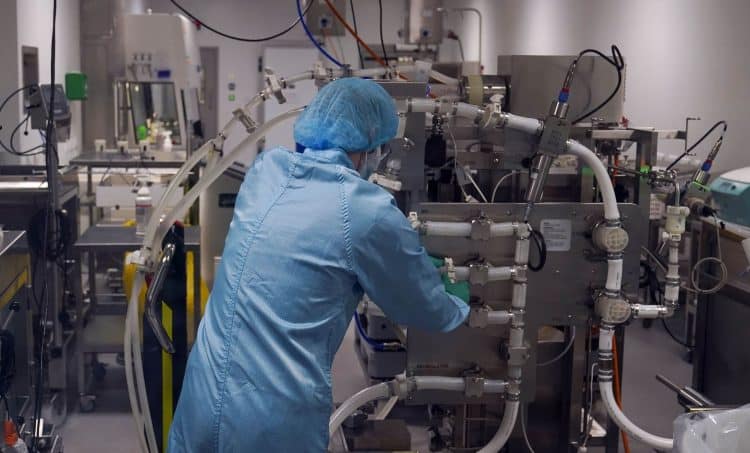 The expansion of the UK’s manufacturing sector slowed to a seven-month low as inflation ate into household spending and exports dropped in part due to Brexit.

According to an influential survey, the sector struggled to keep up its growth in May.

Businesses blamed weaker growth in demand from within the UK, fewer export orders, troubled supply chains, rising costs and the war in Ukraine.

As a result the S&P Global/CIPS UK Manufacturing Purchasing Managers Index (PMI) hit 54.6 in May, down from 55.8 in April.

Anything above 50 means that the manufacturing sector is growing in the UK. If the score falls below 50 it is shrinking.

Although it notched up its 24th consecutive month of growth, the data shows a clear weakening for manufacturers.

A significant part of this is the consumer goods industry. For the first time in 15 months production actually fell, the researchers found when studying survey responses.

The contraction is in part linked to the consumers that are the end target for those goods. Recent inflation means many are struggling to keep up old spending habits.

“With both input costs and selling prices rising at rates close to April’s peaks, the surveys suggest that there is no sign of the inflationary surge abating any time soon.

“Manufacturers continue to report issues getting the right materials, at the right time, for the right price, and energy prices remain a major concern.”

Companies said that this was due to Brexit difficulties, delays in transportation, shipping disruptions and orders being cancelled due to the Ukraine war.

The cost that companies had to pay rose substantially in May, although dipped slightly from April when inflation was at near records.

As a result they were forced to raise their own prices. Selling prices rose almost as fast as in April, a record high.

“Forward-looking indicators from the survey suggest that a further slowdown may be in the offing,” Mr Dobson said.

“Any reversal of this stock-building trend could reinforce the drag of other headwinds and add to downside risks to the outlook.”