The California congressman has lost three consecutive votes for Speaker so far - and there's no end in sight. 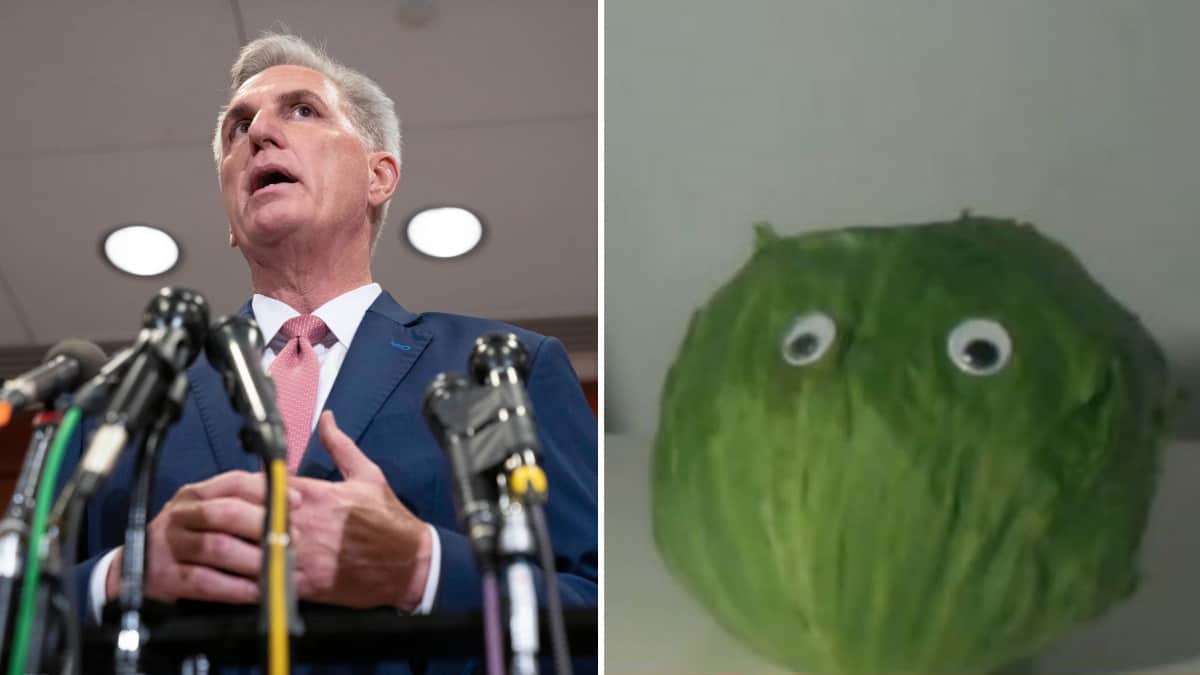 The lettuce – of Liz Truss fame – has become a viral hit stateside after Republican leader Kevin McCarthy failed in his bid to be elected Speaker of the US House of Representatives.

The House adjourned without a speaker on Tuesday night – the first time since 1923 they had failed to choose a leader after a first-round vote.

The start of a new Congress was supposed to be a victory lap for the Republican Party as it took control of the lower chamber following November’s elections.

Instead, McCarthy faced a rebellion from within his own ranks and made history for all the wrong reasons.

The California congressman has lost three consecutive votes for Speaker so far, and it’s unclear what his path to victory could be when the House returns on Wednesday to try all over again.

They will keep voting until someone wins a majority.

McCarthy became the latest political figure to face off the lettuce to see who has the longest shelf life, although some have argued that he never begun in the first place.

Watch this space to see how the contest ends.