‘Let them do PMQs!’: School kids give Liz Truss a grilling

The foreign secretary was asked why Boris Johnson is still in Number 10 during the "awkward" exchange with the youngsters. 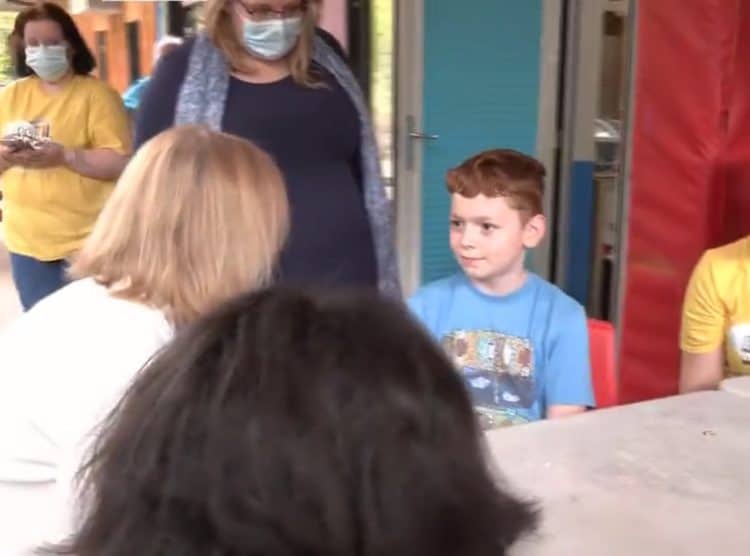 Liz Truss met her match this week after she went toe-to-toe with a group of schoolchildren in Peterborough.

The foreign secretary’s latest photo opp went as badly as you might expect as she fielded questions about her former boss and had to laugh off comments about the “awkward” nature of the sit-down.

Explaining that Boris Johnson is now back in Number 10 Downing Street, one child said that “they hate him”.

“Have they kicked him out yet?” another child asked, before saying: “Do me a favour, when you become Prime Minister – evict him.”

Truss’s leadership bid has been littered with gaffes and awkward moments, and this is just the latest.

She recently managed to get lost during her own press conference just seconds after announcing her intentions to run in the Conservative leadership race, before revealing a campaign slogan with a huge typo in it.

Watch the awkward clip below: