'The UK economy was crashed here' 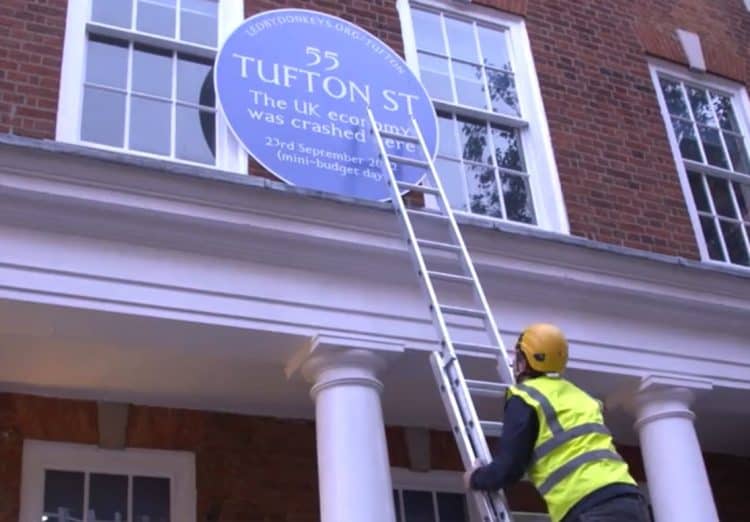 Campaign group Led By Donkeys has installed an oversized blue plaque on Tufton Street following weeks of turmoil in the UK markets.

The infamous ‘Number 55’ building, known as the backdoor to Number 10, is home to organisations including the TaxPayers’ Alliance and the Global Warming Policy Foundation – and is the former home of many others, such as Vote Leave and Brexit Central.

Just hours after Liz Truss made her first speech on the steps of Downing Street, she announced that her new economics adviser would be Matthew Sinclair, a former chief executive of the TaxPayers’ Alliance.

And a couple of weeks later, the new chancellor, Kwasi Kwarteng, delivered the most consequential financial statement for a generation, ripping up decades of economic orthodoxy.

He was pictured celebrating with Mr Sinclair – a man who made his name working behind that other black door.

Led By Donkeys has now installed a oversized blue plaque above the door that reads ‘The UK economy was crashed here’.

They have also released a video giving insight into what happens behind its doors: