The PM thought Covid-19 was just a “scare story” and the “new swine flu”. 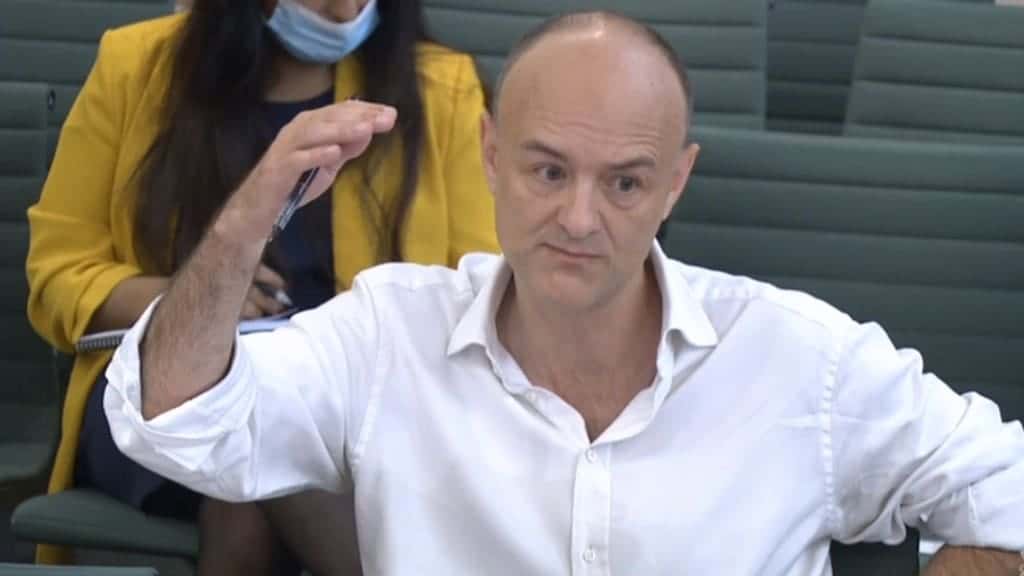 Boris Johnson was deliberately left out of key Covid-19 meetings because of fears he would undermine the government’s response, Dominic Cummings has revealed today.

The prime minister’s former aide has been giving evidence to the Commons health and science committees, with No 10 braced for explosive claims about the PM’s handling of the pandemic.

Before the meeting it was reported that Johnson offered to be injected with Covid live on TV “so everyone can see it’s nothing to be scared of.”

That was reiterated by Cummings in front of MPs today, as well as claims that the PM thought Covid-19 was just a “scare story” and the “new swine flu”.

Absolutely extraordinary admission from Cummings – they deliberately left Johnson out of key coronavirus meetings because he would actively undermine the government response. pic.twitter.com/IHhCuQvUSa

Leaks to the press

When asked if he had told the Prime Minister it was not, Mr Cummings said: “Certainly, but the view of various officials inside Number 10 was if we have the Prime Minister chairing Cobra meetings and he just tells everyone ‘it’s swine flu, don’t worry about it, I’m going to get (England’s chief medical officer) Chris Whitty to inject me live on TV with coronavirus so everyone realises it’s nothing to be frightened of’, that would not help actually serious panic.”

Mr Cummings also told MPs that he did not attend early Cobra meetings but had one-to-one briefings with Prof Whitty and chief scientific adviser Sir Patrick Vallance instead.

He said this was because Cobra meetings were known to be the source of leaks to the press.

Mr Cummings said: “Bear in mind one of the huge problems we had throughout was things leaking and creating chaos in the media.”

He “couldn’t understand” some of the modelling

Mr Cummings said he attended some meetings of the Scientific Advisory Group for Emergencies (Sage), of which the first meeting regarding Covid was on January 21.

He said he “couldn’t understand” some of the modelling and what was being said and sent other experts to the meeting instead.

Mr Cummings said he listened to a lot of Sage conversations in February and March “but a lot of it was over my head”.