The cafe said it was ‘overwhelmed’ trying to feed 44 children this week after MPs voted against providing free school meals. 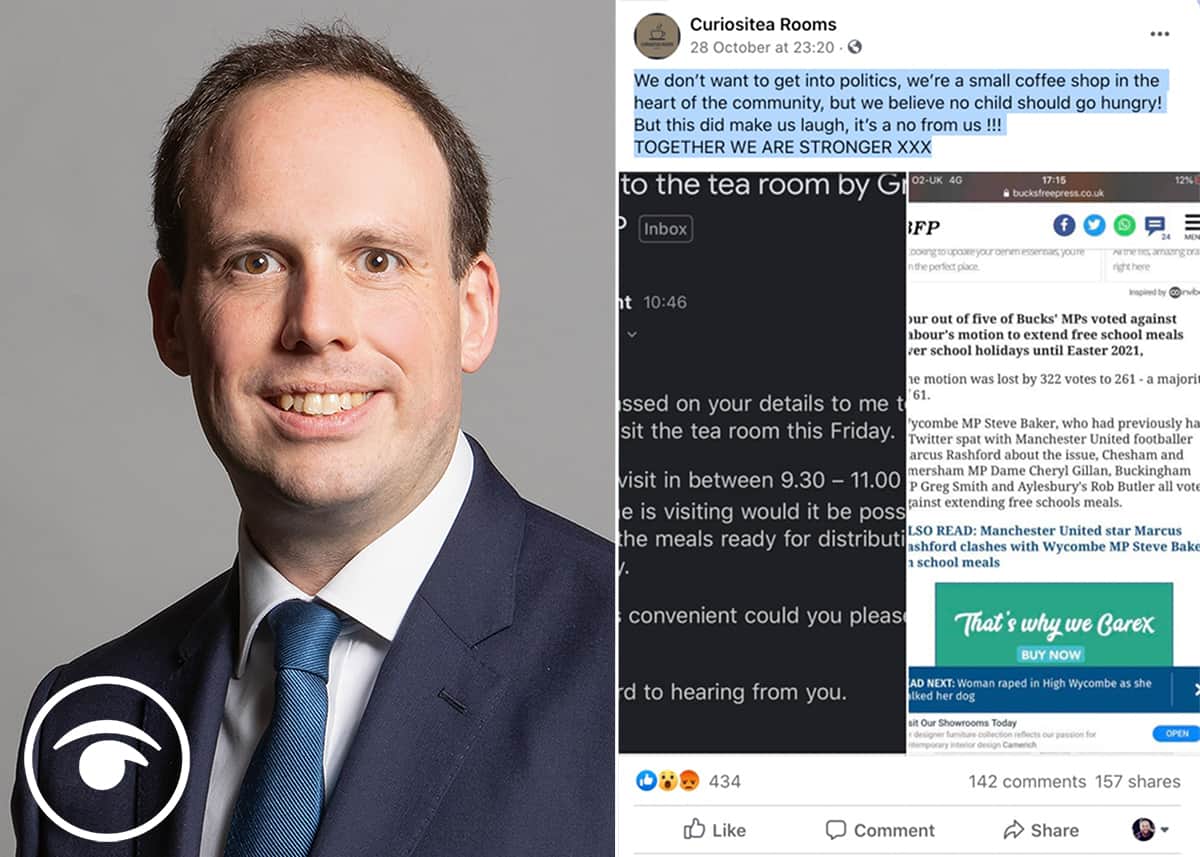 A tearoom in Buckinghamshire has responded furiously to requests from a local MP who tried to organise a ‘photo opportunity‘ as they distributed food to vulnerable children.

An agent working for Grey Smith, the MP for Buckingham, asked if he could visit the cafe to help staff prepare meals for distribution after the tea rooms pledged to feed disadvantaged children over the October half-term break.

The cafe said it had been ‘overwhelmed’ trying to feed 44 children this week after MPs voted down a Labour motion to provide food vouchers to struggling families.

Smith was one of the 322 MPs who voted against it, and one of four from the local county.

“We don’t want to get into politics, we’re a small coffee shop in the heart of the community, but we believe no child should go hungry!