Angela Richardson was sacked after abstaining on Wednesday's vote - but was handed her job back after a government U-turn. 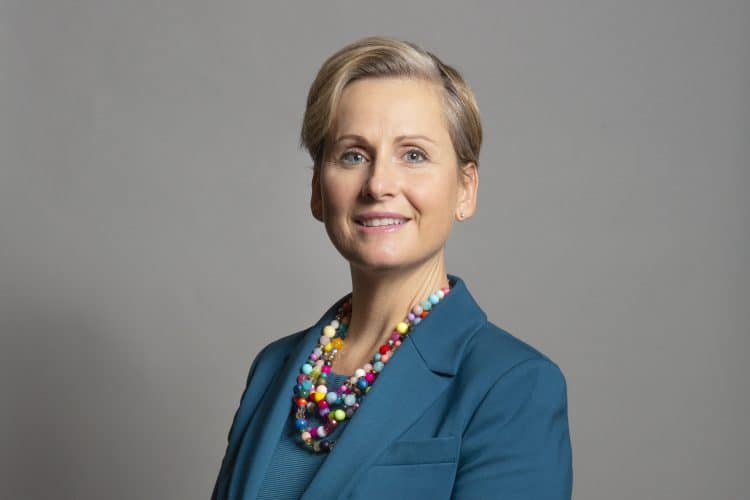 A Tory MP sacked for abstaining on the Owen Paterson vote has been handed back her job on the government payroll after Boris Johnson undertook a screeching U-turn.

The prime minister’s changed course on controversial plans to overhaul the disciplinary process for MPs and review a senior Tory’s alleged breach of lobbying rules after widespread outrage.

And he suggested any changes may not “apply retrospectively” after the government came under intense criticism for blocking Owen Paterson’s immediate suspension after he was found to have repeatedly lobbied ministers and officials for two companies paying him more than £100,000 per year.

Angela Richardson – who had held a job at Michael Gove’s ‘levelling up’ department – abstained on the vote, for which she was sacked. “I abstained … aware that my job was at risk, but it was a matter of principle for me,” she tweeted on Wednesday night.

But, after Johnson’s U-turn, Richardson revealed she had been handed her job back. “Pleased to be reappointed to my role as PPS to Michael Gove. Busy department and work to get on with,” she said.

The about-face prompted mirth from Labour’s deputy leader Angela Rayner, who drew comparisons with the opposition’s efforts to outlaw ‘fire and rehire’.

She tweeted: “As I’ve been saying, Tory ministers must outlaw fire and rehire. It is a despicable and immoral practice.

“I never thought it would get quite as bad as them firing and rehiring members of their own front bench, though.”

Rees-Mogg’s announcement to MPs came as an ethics adviser to the Prime Minister described Wednesday’s votes as a “very serious and damaging moment for Parliament”.

Lord Evans, the chairman of the Committee on Standards in Public Life, said plans for a Tory-led review into the disciplinary process for MPs as being “deeply at odds with the best traditions of British democracy”.

The Commons Leader recognised a “certain amount of controversy” had been created by the move and that standards must be reformed on a cross-party basis, which he acknowledged “that is clearly not the case” with the Government’s proposals.

“While there is a very strong feeling on both sides of the House that there is a need for an appeals process, there is equally a strong feeling that this should not be based on a single case or apply retrospectively,” Mr Rees-Mogg said.

“I fear last night’s debate conflated an individual case with the general concern. This link needs to be broken.

“Therefore I and others will be looking to work on a cross-party basis to achieve improvements in our system for future cases. We will bring forward more detailed proposals once there have been cross-party discussions.”