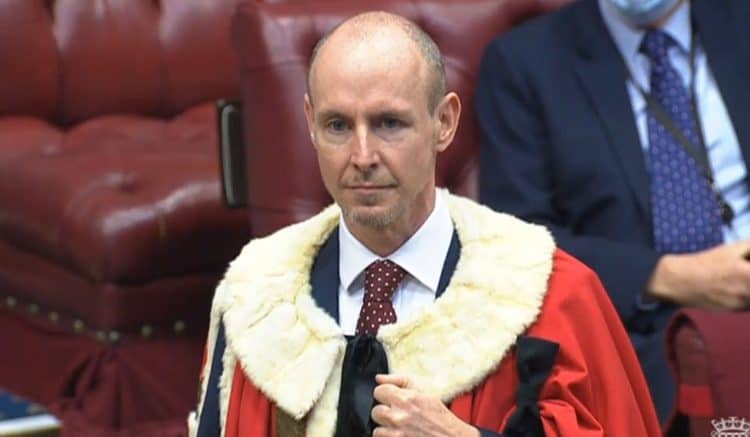 An influential Conservative peer and former Brexiteer has suggested the market chaos of recent days has been driven by concerns over a possible Labour government rather than the Government’s own economic policy.

Daniel Hannan, one of the key Conservative voices behind the push to leave the EU, wrote an article for the ConservativeHome website playing down market concerns about the £45 billion package of tax cuts announced by Chancellor Kwasi Kwarteng.

In the piece, which was published on Wednesday and immediately widely mocked online, Lord Hannan wrote: “What we have seen since Friday is partly a market adjustment to the increased probability that Sir Keir Starmer will win in 2024 or 2025 – leading to higher taxes, higher spending, and a weaker economy.”

Lord Hannan downplayed the significance of the tax cuts in historical terms.

“To blame these tiny tax reductions for the fall in the pound is akin to a fly alighting on an exhausted shire horse as it lies down to sleep, and telling itself that it wrestled the mighty beast to the ground.”

Labelling the response to Friday’s fiscal statement as “widely mischaracterised”, he suggested the dramatic sell-off of sterling was partly prompted by a “belief that this budget has made a Labour victory more likely”.

He also suggested the drop in sterling reflects a “measure of surprise” that interest rates have not risen faster.

“Don’t pretend that higher interest rates represent a failure of Trussonomics. They are precisely what the premier (and her chancellor) want to happen,” he wrote.

In a robust defence of the Government, he urged the Chancellor not to heed the concerns about his plans.

“He has to show that he is serious, that he cares more about long-term prosperity than about short-term headlines.

“That is why it would be bad politics, as well as terrible economics, to back down.”

The article was praised by Lord Frost, the former Brexit negotiator, who called it an “excellent piece”.

However, many mocked the article online and rubbished the peer’s analysis.

Elsewhere Julian Smith, a Tory MP and former cabinet minister, reacted strongly to comments by Lord Frost dismissing the concerns of the IMF.