Boris Johnson’s aide Dominic Cummings returned to Number 10 but the Prime Minister remains off work as he recovers from Covid-19. 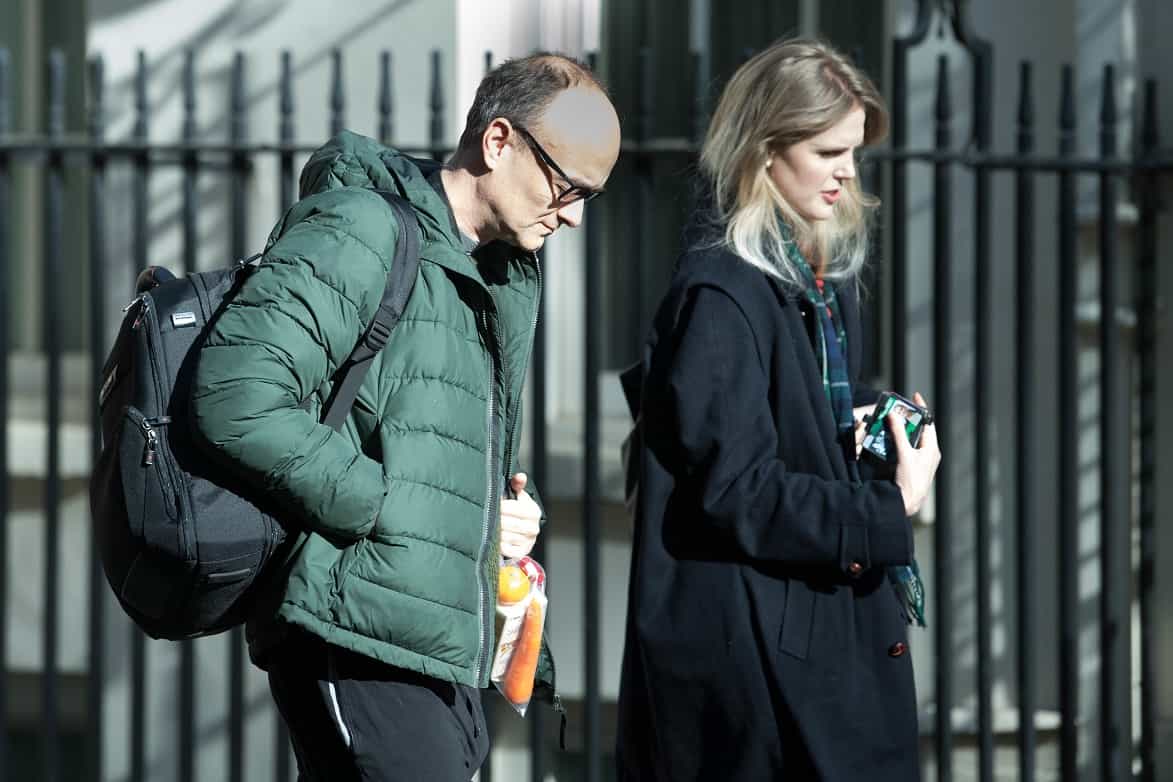 Mr Cummings was photographed clutching a packed lunch including a Babybel cheese and a carrot as he returned to work.

“He is back in Number 10 and working today,” the spokesman said.

“Everybody in Number 10 continues to practise social distancing, which means staying two metres apart wherever possible”.

Meanwhile, the Prime Minister continued his recuperation at his Chequers country retreat following his discharge from hospital.

His spokesman said Mr Johnson was not involved in making decisions, taking phone calls or receiving official papers in his ministerial red boxes.

“The priority is for the PM to rest and recover and his medical team have advised him not to immediately return to work,” the spokesman said.