The allegations emerged as Sue Gray report pinpointed a “lack of respect and poor treatment” for cleaners and security staff. 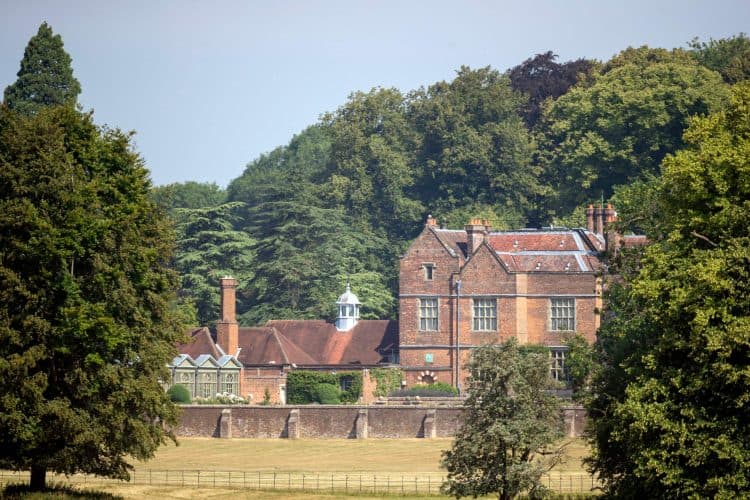 The head housekeeper at Chequers has resigned, amid claims of a fallout with Carrie Johnson.

Charlotte Vine MBE – who has worked at the prime minister’s official country residence since 2004 – left in 2020 after signing a non-disclosure agreement, The Times reported.

Relations between Vine and the Johnsons were reportedly deteriorated to such an extent that the prime minister’s wife refused to stay there when she was on duty.

One source told the newspaper that they fell out after Carrie made a personal accusation against Vine, which she denied.

The Johnsons also reportedly clashed with Chequers staff over their “chaotic” use of the 16th-century manor house in Buckinghamshire.

And cuts in the number of servants at the house, ordered by David Cameron a decade ago during austerity, have reportedly been reversed under Johnson – with up to four extra members of staff taken on.

The allegations emerged as pressure mounted on Johnson after the Sue Gray report pinpointed a “lack of respect and poor treatment” for cleaners and security staff at Downing Street.

According to The Times, Vine found her departure from Chequers “traumatic”. But a spokeswoman for the prime minister’s wife said: “It is untrue to suggest there was a personal dispute between Mrs Johnson and the head housekeeper. Nor was there any request from Mrs Johnson for staffing changes.”

Nonetheless, it has been reported that tensions between Johnson and Chequers staff began before he became prime minister.

It is claimed that he and Carrie sought to “book” the use of Chequers before Theresa May left office in July 2019 – and were accused of not giving enough notice before arriving.

An insider told the paper: “The Johnsons were trying to arrange to get into Chequers before the Mays had gone. When he knew he was going to take over, they were trying to book ahead.”

They added: “It was chaos, ‘Can we come now?’ or ‘We’re coming tomorrow’. They were told they couldn’t because there were no staff.”

Tensions increased within weeks of Johnson winning power. A source told The Times: “Carrie took something Charlotte said completely the wrong way. It started over a catering matter. It led to Carrie refusing to go to Chequers when Charlotte was there.”

A minister added: “Before going to Chequers Carrie would ask, ‘Is Charlotte there?’ If she was, she would put off the visit, find out when she was off duty and go then, or not go at all.”

The taxpayer contributed £916,000 a year towards the upkeep of Chequers – and it is mainly staffed by members of the armed forces.

A Cabinet Office spokesman said: “Staffing arrangements are entirely a matter for the Chequers Trust and we would not be able to respond on why an individual left their post. A full and fair disciplinary process was followed in this [Vine’s] instance. The prime minister and his family do not and have not made requests for staffing changes.”