The "big question" the inquiry needs to answer is why there is "one rule for Conservative politicians and a different rule for those who desperately needed help". 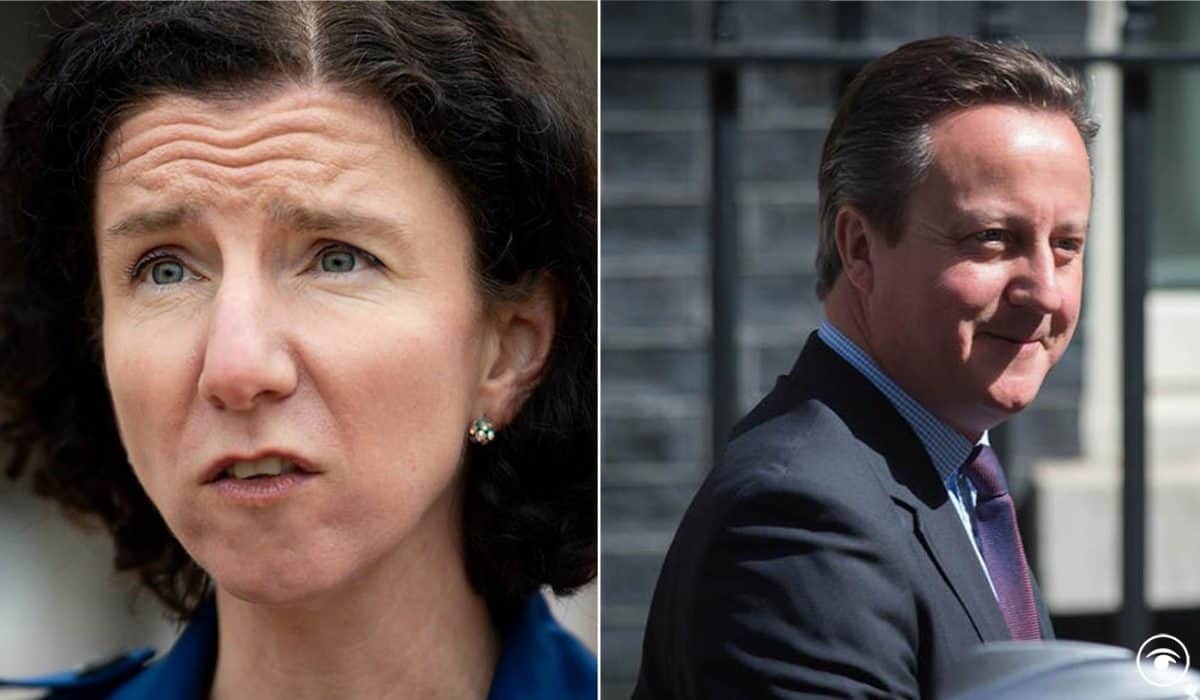 An independent probe into lobbying on behalf of Greensill Capital by David Cameron needs to investigate why there is “one rule” for Tory politicians and another for the rest of the public, according to a senior Labour figure.

Shadow chancellor Anneliese Dodds has been granted an urgent Commons question calling on Chancellor Rishi Sunak to explain how Greensill was granted access to a Covid loan scheme for businesses, putting hundreds of millions of pounds taxpayers’ money at risk.

The move comes after Downing Street announced the senior lawyer, Nigel Boardman, had been commissioned to carry out a review into how the failed firm – founded by Australian financier Lex Greensill – was able to secure Government contracts.

Speaking before her Commons appearance, Ms Dodds said the “big question” the inquiry needed to answer was why those who could not access Government support during the pandemic were not granted Treasury meetings, but former prime minister Mr Cameron and Greensill were.

She told BBC Radio 4’s Today: “I was inundated with people contacting me saying they couldn’t understand why Government wasn’t helping them, particularly self-employed people – (they were) really desperate for help, unable to get meetings with the Treasury at that time.

“And yet the door seemed to be open for Greensill and for David Cameron, and that’s the big question: why did there seem to be one rule for Conservative politicians and a different rule for those who desperately needed help, those many self-employed people excluded?”

Ms Dodds suggested there was a case to answer over whether Mr Sunak, who has released two text messages relating to Mr Cameron’s lobbying, had broken the ministerial code – a breach that has traditionally been a resignation issue.

It follows a series of reports on the former Tory leader’s lobbying on behalf of the firm – including sending text messages to Mr Sunak’s personal phone number.

In response to one, the Chancellor said he had “pushed” officials to consider proposals which could have helped Greensill.

Shadow cabinet member Ms Dodds highlighted that the code states that “ministers should always act with objectivity, that they should be treating people and lobbyists the same regardless of whether they have personal or political connections”.

She added: “The Chancellor released two text messages, only two, and it appears there may well have been, for example, phone calls – we don’t understand yet what he was pushing his team to do.”

Tory grandees have also called for a “refresh” of lobbying rules, with Lord Hague, who served as foreign secretary during Mr Cameron’s premiership, calling for reform.

He told Times Radio it “probably it is a time to update the rules in the light of experience”.

“I think having a refresh of the rules after this coming inquiry would be entirely appropriate,” he said.

Mr Cameron finally broke his silence at the weekend with a statement to the PA news agency in which he insisted he had not broken any rules, but accepted there were “lessons to be learned”.

As a former Downing Street incumbent, he said that any contacts with Government should be through “only the most formal of channels, so there can be no room for misinterpretation”.

He said that ultimately his efforts to get Greensill’s proposals included in the Government’s Covid Corporate Financing Facility (CCFF) were not taken up.

Labour, however, said there were still questions for ministers to answer as to how Greensill became an accredited lender for the another Government programme – the Coronavirus Large Business Interruption Scheme (CLBILS) – enabling it to issue state-backed loans of up to £50 million.

The firm was the biggest financial backer of the GFG Alliance – the parent company of Liberty Steel – and its collapse has put in jeopardy some 5,000 jobs in the UK.

Ms Dodds said that Mr Sunak – who has not appeared before MPs since the stories about Greensill broke last month – should come to Parliament to explain what had happened.

In a letter last week to Ms Dodds, Mr Sunak said the Treasury had “no role” in Greensill’s accreditation to the scheme.

Meanwhile, Health Secretary Matt Hancock is expected to face questions from MPs about his meeting with Mr Greensill when he takes Health and Social Care questions in the Commons on Tuesday.

Amid reports of the lobbying that went on, it was said that a “private drink” between Mr Hancock and Mr Greensill was arranged by Mr Cameron to discuss a payment scheme which was later rolled out in the NHS.