"We’ve arrived at a treaty and now we’ve got to make that treaty work," he said. 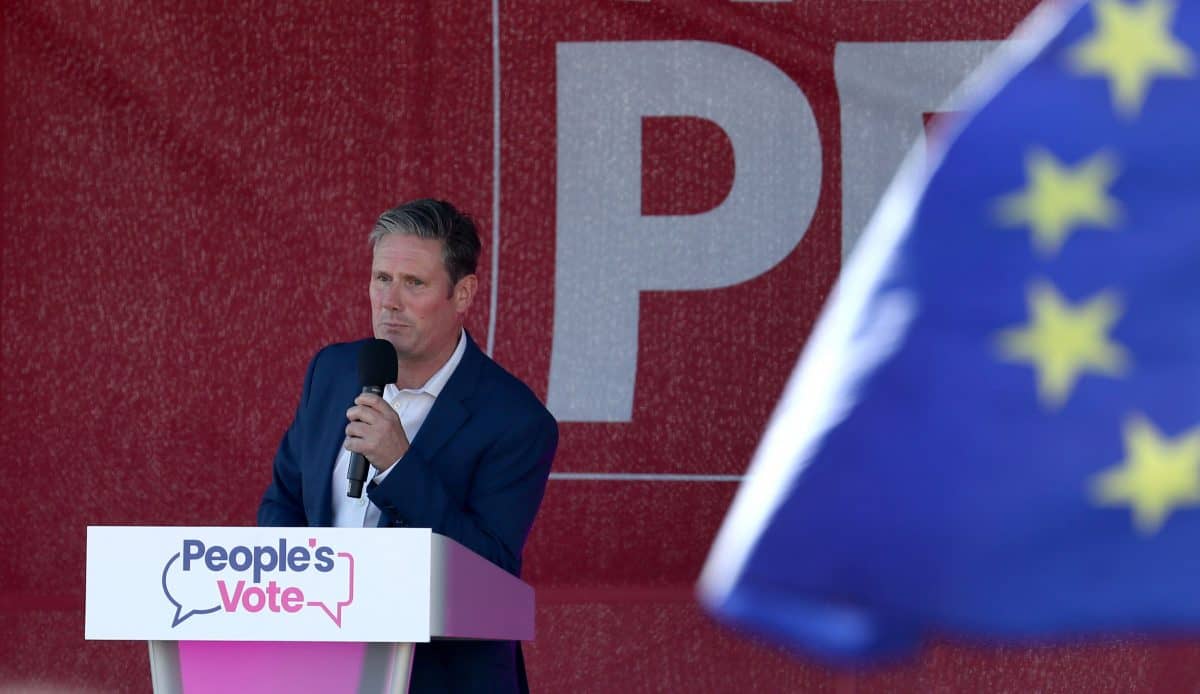 Labour leader Sir Keir Starmer has said he does not think there is a case for rejoining the EU, or “major renegotiation” of the trading arrangements set out in Boris Johnson’s trade deal.

Sir Keir, who was a prominent voice in the campaign for a second referendum and in his leadership election promised to “defend free movement,” said he whipped his MPs to back the Prime Minister’s “thin” deal as “the alternative was no deal”.

He told the BBC’s Andrew Marr Show: “Whether we like it or not that is going to be the treaty that an incoming Labour government inherits and has to make work.

“It is not being straight with the British public to say you come into office in 2024 and operate some other treaty. We have to make that treaty work.”

He added: “I don’t think there is a case for rejoining the EU, I’ve said that before, I think on your (Andrew Marr) programme.

“But I think pretending to the British public that somehow after four years’ negotiation the treaty that has just been secured is going to be up for the grabs and that the EU are going to start saying ‘let’s start all over again’, that is not realistic.”

Sir Keir also said there is no scope for “major renegotiation” of the UK-EU trade deal but “there are bits already that need to be improved on”.

He said: “We voted for the deal because the choices before us were to vote for the deal – a thin deal, a deal that isn’t a good deal for manufacturers, for the service sector certainly – but the alternative was no deal.”

He added: “There are bits already that need to be improved on. If you look at the creative industries and how they are going to operate across borders, there are huge gaps for them. The service sector of course has largely been left out.

“It is thin, it isn’t what the Government promised, but it is better than no deal and we need to make it work.”