One haulier said the long queues seen last week were "entirely [because of] Brexit". 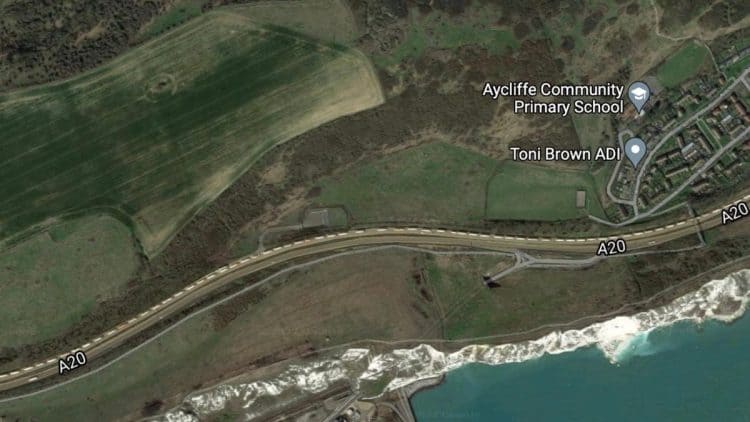 Huge lorry queues on the roads around Dover shouldn’t be blamed on Brexit – despite suggestions the traffic is so bad that it can be seen from space, the Port has said.

Drivers have expressed fury at the delays, describing the situation as “absolute carnage” and blaming a cocktail of delays to Brexit checks and cumbersome Covid paperwork.

Highways England admitted that high volumes of traffic had led to queues this week, but some drivers were baffled as to why this week in particular was so bad considering that Brexit checks have been in place for more than a year.

The increase in traffic was so heavy on Wednesday and Thursday that the Operation Travel Access Protocol (TAP) – a temporary traffic management system which was devised for heavy traffic times in 2015 – was put in place, sparking tailbacks.

“A20 Dover TAP has indeed been in place for short periods of time this week. TAP is a well established and regularly used normal operational tool to help manage traffic flows into the Port of Dover at busy times and it has been for a number of years.

“This was the case yesterday as it has been similarly over the past few days,” a spokesperson for the Port of Dover told The Guardian.

It comes as satellite images taken earlier this year show enormous tailbacks of lorries lining roads around the port. On Friday morning, there was a queue of seven kilometres leading up to Dover – which would have been clearly visible on up-to-date imaging.

New customs controls were introduced on goods imported into the UK at the start of January.

Lorry drivers have since reported queuing up to eight hours to get through controls, partly because British firms have struggled with complex new paperwork.

Doug Bannister, the chief executive of the port, is seeking an urgent meeting with ministers amid fears over further delays.

“As currently designed, the biometric checks work well at an airport or a rail terminal, but they’re not designed for a busy roll-on, roll-off ferry terminal.

“If it is forcing people to get out of their vehicles inside of a busy port, that is just unsafe. We couldn’t allow that to happen. That will lead to increased queues, no doubt,” he told the BBC.

The House of Commons transport select committee visited Dover earlier this week. Labour MP Ruth Cadbury, a member, told The Independent: “There are clearly issues with congestion at Dover. There is no doubt the regulatory changes from Brexit are causing delays.”

Related: Johnson’s ‘bus back better’ plan stalls as Treasury cuts funding in half