A Number 10 spokesman told reporters during a briefing that the PM had made a “short drop-in” during talks at the Foreign Office between Raab and Kushner about the situation in the Middle East. 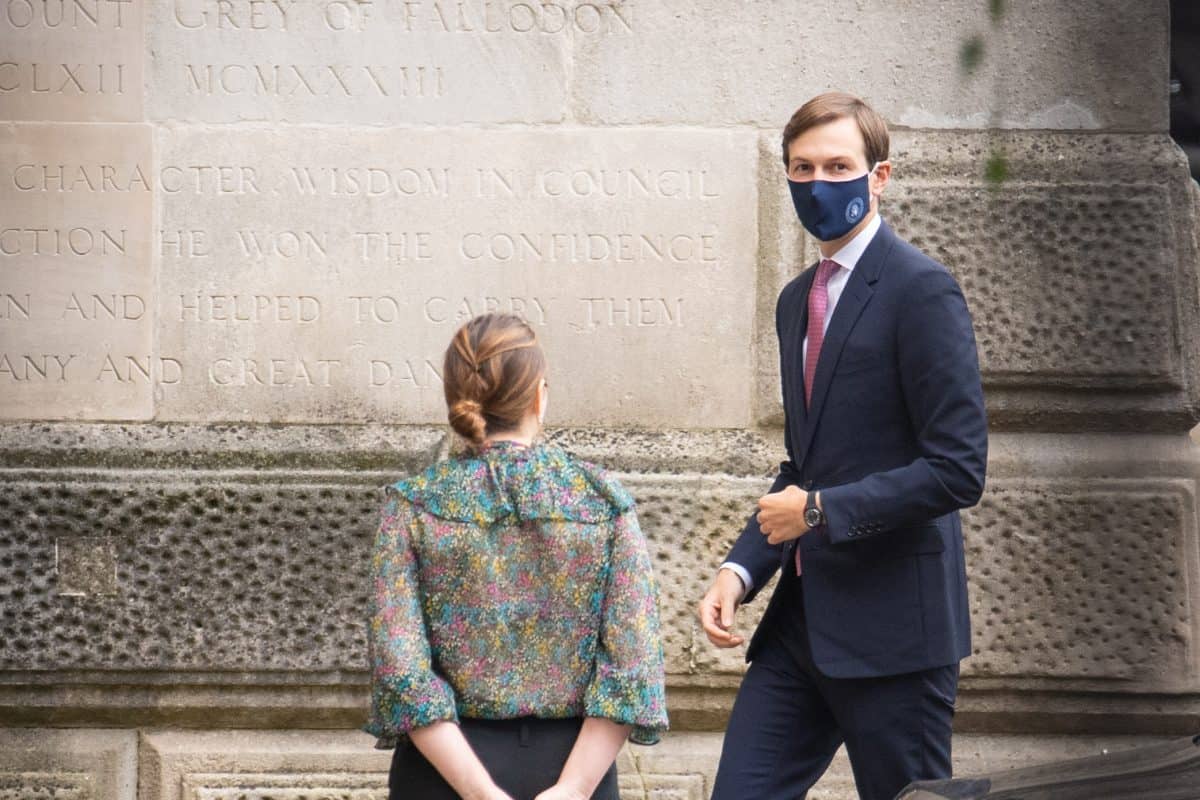 White House senior advisor Jared Kushner arrives at the rear entrance of the Foreign and Commonwealth Office in London ahead of a meeting with Prime Minister Boris Johnson.

A Number 10 spokesman told reporters during a briefing that he had made a “short drop-in” during talks at the Foreign Office between Raab and Kushner about the situation in the Middle East.

Kushner, a senior White House advisor with a dizzyingly wide-ranging portfolio, arrived in London having this week travelled on a high-level Israeli delegation to the United Arab Emirates on the first direct commercial passenger flight between the two countries.

The flight traversed Saudi air space following a US-brokered deal by the UAE to normalise relations with Israel.

Downing Street defended the Conservative Party leader’s decision to join a meeting with a figure so close to Trump now that campaigning for the next presidential election has stepped up before the November poll.

Trump is fighting for a second term in the Oval Office against a challenge from Democratic rival Joe Biden.

“It was specifically a discussion about the Middle East peace process, which I think we all would agree it is important we continue to be fully engaged in that work,” the Prime Minister’s spokesman said.

Asked whether the Prime Minister would be “endorsing” Trump in the November election, the No 10 spokesman said: “The long-standing position in the UK is that elections are a matter for the electors of that particular country.”

The UK is involved in negotiations with the US as it seeks to strike a post-Brexit trade deal with the world’s largest economy.

Woody Johnson, the US ambassador to the UK, tweeted after the Foreign Office meeting that he had met with Kushner for breakfast at his residence near London’s Regent’s Park.

“Great to have Jared Kushner and team at Winfield House for breakfast – congratulations on moving peace & prosperity forward in the Middle East!” he tweeted.

Related: Shapps slammed for registering private jet in the US