The government abandoned attempts to stall the bill with 92 amendments. 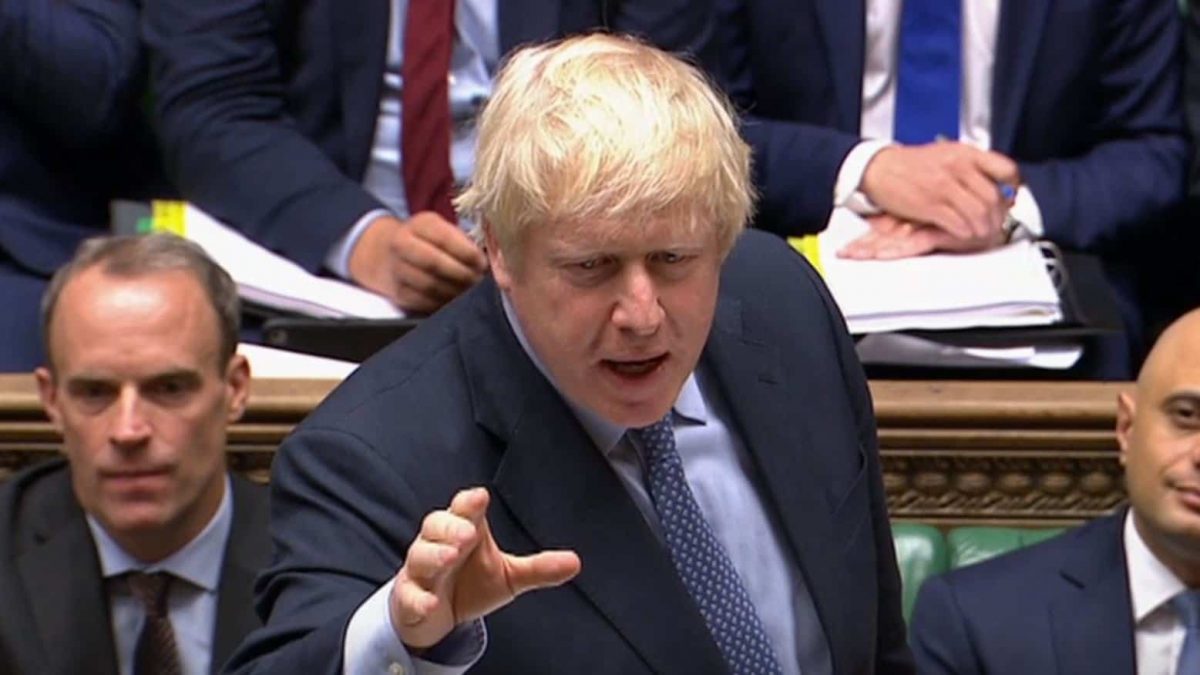 A law designed to prevent the UK crashing out of the EU next month has cleared another hurdle after the government gave up attempts to stop it in a late-night breakthrough in the Lords.

The legislation to delay Brexit in order to prevent a no-deal departure – a bill Prime Minister Boris Johnson said would “scupper negotiations” – passed all stages in the Commons on Wednesday.

21 Tory MPs who were sacked for voting for the bill disagree with Johnson, saying they have seen no evidence that he is actually negotiating or coming up with an alternative to the Irish backstop that ensures Ireland isn’t split by a hard border when Britain leaves the EU.

EU diplomats deny Boris Johnson’s claims that he is on course to secure a good deal. Instead, they say that the government’s negotiating team is rolling back on Theresa May’s assurances to keep the Irish border open.

There were fears the Bill could have been stalled in the Lords, with Labour peer and leading lawyer Baroness Kennedy of The Shaws accusing Tory peer Lord True, who had submitted a raft of amendments to the motion, of time-wasting.

The Lords sat until 1.30am on Thursday when chief whip Lord Ashton of Hyde said all stages of the European Union (Withdrawal) (No. 6) Bill will be completed by 5pm on Friday.

“We have also received a commitment from the chief whip in the House of Commons that Commons consideration of any Lords amendments will take place on Monday and it is the Government’s intention that the Bill be ready for Royal Assent,” he told peers.

The late night debate capped a day of high drama in Westminster where newly appointed Prime Minister Boris Johnson was defeated over a backbench Bill to delay Brexit and a plan for a snap general election.

Johnson had called for a general election to be held on October 15 but Labour and other opposition MPs refused to back the bid – which needed a two-thirds majority in the Commons – while the risk of a no-deal remained. Opposition MPs said they did not trust the Prime Minister not to roll back on any agreements and shift the date of an election to force a no-deal Brexit with no Parliament sitting to scrutinise it.

The Government failed to secure the support of two-thirds of MPs, with the Commons voting 298 to 55 – 136 short of the number needed.

In a hint he could seek a further vote to force an election, Boris Johnson issued a direct plea to Jeremy Corbyn’s MPs as he accused him of being “the first Leader of the Opposition in the democratic history of our country to refuse the invitation to an election”.

“I urge his colleagues to reflect on what I think is the unsustainability of this position overnight and in the course of the next few days,” Mr Johnson told the Commons.

The Labour leader had said the Bill must be passed through the Lords and have received Royal Assent before he would entertain the thought of heading to the polls.

He said: “Let the Bill pass and have Royal Assent and then we can have a general election.”

Meanwhile, Johnson was facing continued criticism after Tory MPs – including two former chancellors and the grandson of Winston Churchill – had the party whip withdrawn because they rebelled by helping the effort to prevent a no-deal.

The PM defended the move, telling ITV’s Peston: “These are friends of mine and believe me I take absolutely no joy in any of it but it was very sad and surprising that they should choose to undermine the UK’s ability to get a deal.”

But moderate Conservatives accused Boris Johnson and his controversial adviser Dominic Cummings of conducting “a purge” of the Tory party.

Damian Green who represents moderate “one nation” Conservatives said he had written to Boris Johnson over keeping their support as he is conducting “a purge” with MPs that don’t vote with him already being told who they will be replaced with. He pointed out that MPS were being sacked after rebelling once when Johnson’s Leader of the Commons Jacob Rees-Mogg had rebelled 100 times.

Johnson had apparently referenced  Roman Emperor Octavian talking of bloodshed before peace to justify the unprecedented step of announcing MPs whose whips had been withdrawn would not be let back in the party.