The senior Tory MP accused Johnson of "unacceptable failings of leadership that cannot be tolerated". 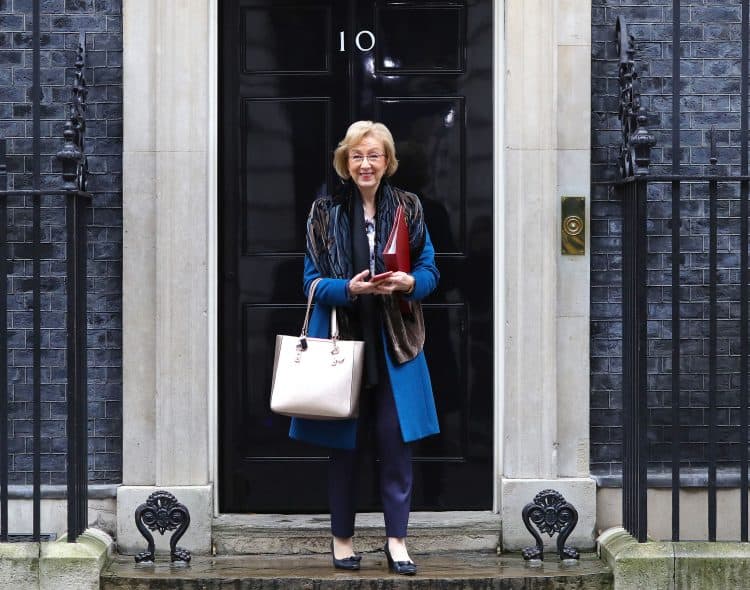 In a letter to her constituents, Dame Andrea said the “extent and severity” of the rule-breaking in No 10 exposed in the Sue Gray report meant it was “extremely unlikely” the senior leadership did not know what was going on.

“The conclusion I have drawn from the Sue Gray report is that there have been unacceptable failings of leadership that cannot be tolerated and are the responsibility of the Prime Minister,” she said.

In the message, which was shared on social media, she stopped short of directly calling on Johnson to resign and did not say whether she had submitted a letter calling for a no confidence vote.

Leadsom concluded however by saying: “Each of my Conservative colleagues and I must now decide individually on what is the right course of action that will restore confidence in our Government.”

Her intervention is a further blow to Johnson as a steady stream of Tory MPs have been calling on the Prime Minister to stand down in the wake of Gray’s report last week.

A committed Brexiteer, Dame Andrea backed Johnson for the leadership in 2019 after pulling out of the contest herself, underlining the fact that discontent with the Prime Minister extends across the party.

It comes as Johnson is facing increasing hostility from his own MPs, with Tory whips said to be discussing how to fight back if rebels trigger an all-important confidence vote.

A steady stream of Tories have backed a ballot to decide the PM’s future, or called for Johnson to step down, with three new names surfacing on Monday and a fourth MP resubmitting a letter of no confidence he previously withdrew in light of the Ukraine crisis.

The Telegraph reported that Conservative whips are now in talks about how to respond if the letter tally reaches 54, which would force 1922 Committee chairman Sir Graham Brady to call a vote.

All Tory MPs will be contacted at once if the threshold is reached, according to one whip, the newspaper said, as part of a move to save Johnson’s job.

Conservative Andrew Bridgen emailed his North West Leicestershire constituents on Monday to say he has resubmitted his letter of no confidence in Johnson following “further revelations over the past week”, which saw the publication of the long-awaited Gray report.

He originally submitted a letter in January 2022 but withdrew it in March, arguing it was not appropriate to hold a confidence vote amid the fighting in Ukraine.

Earlier on Monday, former attorney general Jeremy Wright said events in Downing Street had caused “real and lasting damage” to the Government’s authority and that he had concluded “with regret” that Johnson should go.

A spokesman for Carshalton and Wallington MP Elliot Colburn, who was elected in 2019, confirmed he had submitted a letter of no confidence in the Prime Minister.

And a fourth Tory MP, Nickie Aiken, suggested Johnson should submit himself to a confidence vote to end the “speculation” over his future.

Meanwhile, Tory chairman of the Commons Foreign Affairs Committee, Tom Tugendhat, reportedly said he had made his position on the matter “clear to those who need to hear it”.

The backbench MP, who previously said he was open to running for the Tory leadership, was quoted as criticising Johnson, but did not appear to call for him to resign.