Mr Trump won by the slightest of margins in 2016 in a state increasingly seen as must-win for Biden. 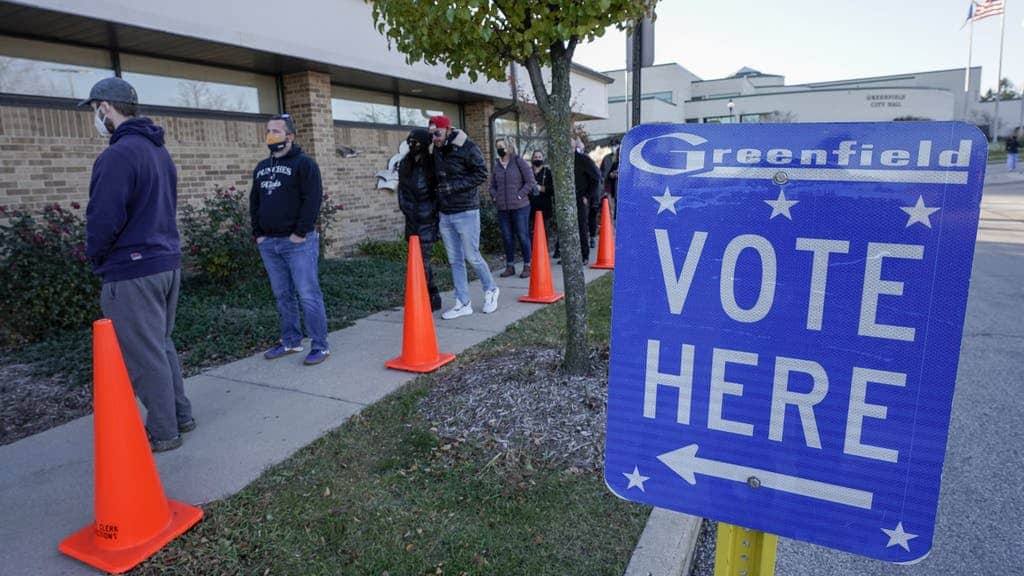 Pennsylvania is likely to be the deciding state of the 2020 US election as indications suggest Ohio, Florida and Iowa have plumped for Trump.

With 96 per cent of the votes in Florida is set to turn red again, with a bigger margin than in 2016, due to unprecedented results in Miami-Dade.

Fox called Ohio for Trump just before 5am this morning, puncturing some early Democrat enthusiasm there, and the indications are that Iowa, Georgia and North Carolina will go the same way.

That leaves Michigan, Wisconsin and Pennsylvania as the key states, but with the election tighter than ever it will be the latter that proves crucial.

Mr Trump won by the narrowest of margins in 2016 – just 0.7 per cent ahead of Hillary Clinton. The state’s 20 Electoral College votes were key in carrying him to the White House.

Early indications are that the signs are ominous for Joe Biden, but appearing for what could have been his victory speech at 05:30 in the morning the Democrat candidate says they still have confidence.

An ominous sign for Biden in Pennsylvania: Trump running ahead of his 2016 performance in Trumbull County (Warren, near Youngstown and on the west PA border) with nearly all of the vote counted

“We believe we’re on track to win this election. We are going to win Pennsylvania,” he said.

Not all are so sure. Yet with 2 million mail-in ballots to be counted, we must be patient.