The former first minister of Scotland was on trial at the High Court in Edinburgh. 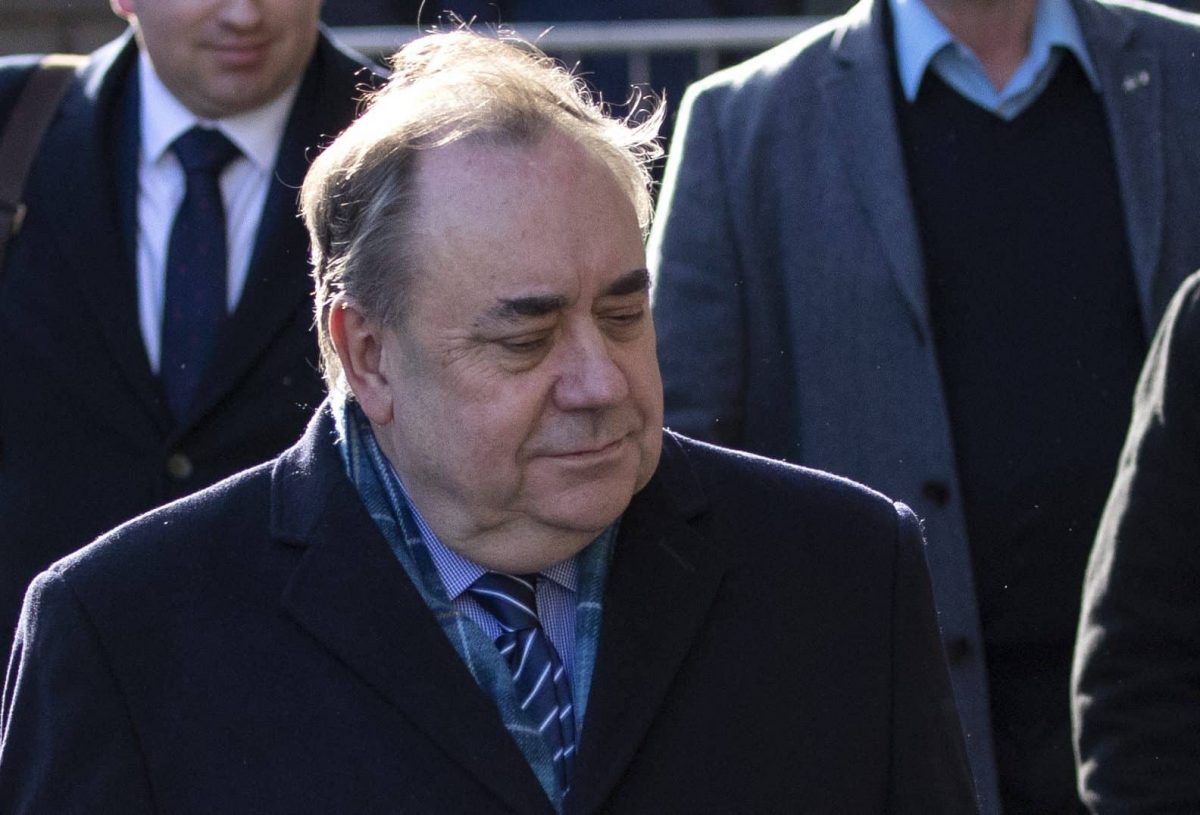 Alex Salmond has been acquitted of attempted rape and a series of sexual assaults, including one with intent to rape.

The former first minister of Scotland was cleared of all charges by a jury following an 11-day trial at the High Court in Edinburgh.

The jury returned not guilty verdicts on 12 charges and returned a not proven verdict on a charge of sexual assault with intent to rape.

Salmond had denied all the charges and giving evidence claimed some were “deliberate fabrications for a political purpose”.

The 65-year-old was first arrested and charged by Police Scotland in relation to the allegations in January 2019.

Speaking outside court he said: “There is certain evidence that I would have liked to have seen led in this trial but for a variety of reasons we were not able to do so.

“Those facts will see the light but it won’t be this day.”

He said: “I’d like to thank my friends and family for standing by me over the last two years.”

He also thanked those who have sent him messages,  his “brilliant” legal team and the court service who he said have been “courteous beyond limit”.

Mr Salmond added: “Whatever nightmare I’ve been in over these last two years it is nothing compared to the nightmare that everyone of us is currently living through.

“People are dying, many more are going to die.

“My strong advice to you is to go home and those who are able take care of your families and God help us all.”

Related: Government to take over all rail franchises for “at least” six months