Remembrance Day is a tricky time of year for pacifists. How do you pay your respects to all those who fell in the World Wars without subscribing to the propagandist nature of remembrance, the glorification of war and the unavoidable political entwinement of it all?  Armistice Day is a celebration of peace, yet it has […] 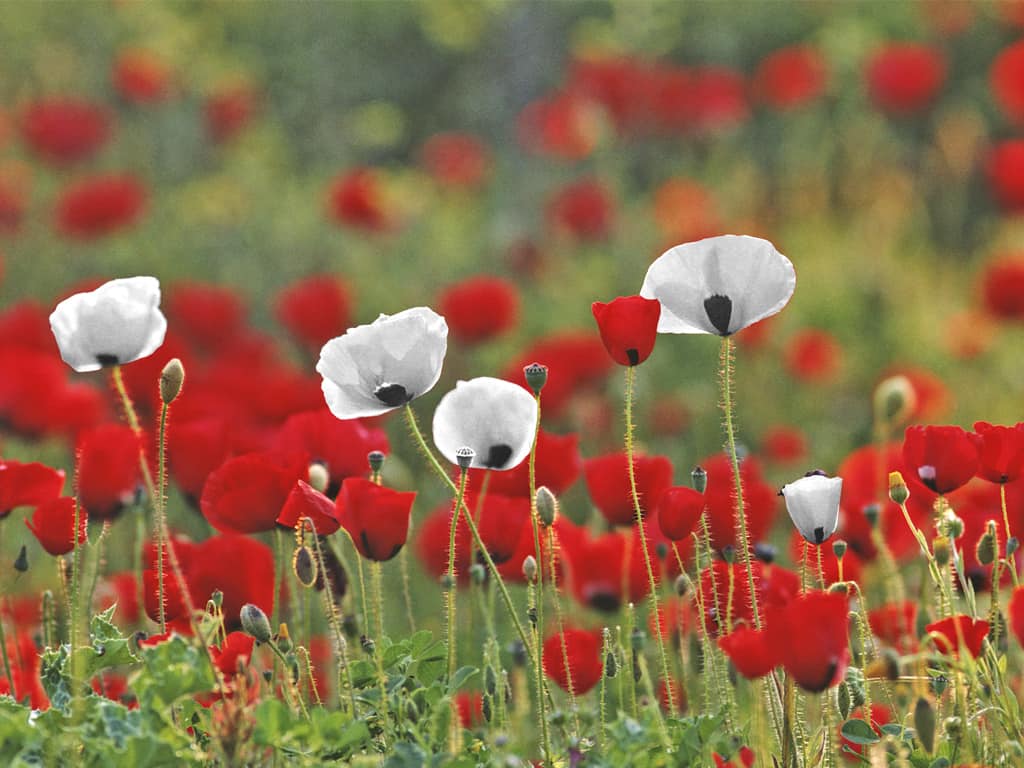 Remembrance Day is a tricky time of year for pacifists. How do you pay your respects to all those who fell in the World Wars without subscribing to the propagandist nature of remembrance, the glorification of war and the unavoidable political entwinement of it all?  Armistice Day is a celebration of peace, yet it has never been so entangled with messages of war.

There is a common misconception that pacifists do not honour those who have died in the service of their country. That couldn’t be further from the truth, but pacifists are, rightly, conscious of how we talk of war, and these concerns are most notably exacerbated on 11/11 when digital poppies are planted across social media wires, ceramic poppies populate the moat of the Tower of London and paper poppies cling to our jackets. We need to question; why are we doing this? What are we remembering?

The answer is peace. When we remember the Great Wars we seldom remember the outbreak of war, because war was then and is still now a travesty. We remember the pacts of peace, the days when we ceased the fighting and opened negotiations, and that is something to be reassured by on days like today. But then there’s the baggage. The politics of remembrance and the wars that have proceeded the Great Wars that have not been heroic and certainly not necessary. As David Icke noted, “remembrance should be marked with the sentiment “Never Again””, but today remembrance is turned into a month-long drum roll of support for current wars.

So let’s first address the wearing of poppies. People who buy red poppies are doing it with the best of intentions, yet if you support the Poppy Appeal then you support the fact that our government sends soldiers into war without providing vital care afterwards. The Help for Heroes campaign serves an ideological and financial function for a broke government, in some cases literally doing the work of the Ministry of Defence by spending money on government buildings and facilities and not on helping veterans and soldiers directly (BBC Panorama).

George Chesterton talks of the “militarisation of popular culture”, adding that “dedicated servicemen and women should be respected and those who suffer deserve the very best support and care. But it is our fault we allowed our politicians to send them to conflicts that served little purpose other than to cling on to some amorphous notion of national power. Now the debate about why they are still dying – and killing – in Afghanistan has disappeared from public life. Instead, an acceptance that the military is an agent for good has become the norm, and we are told to love our soldiers as if they are members of an extended family.”

Unfortunately, the Poppy Appeal has become so fashionable that it is untouchable, but by wearing poppies we are supporting corrupt wars and in many ways becoming increasingly out of touch with messages of peace that are most important at this time of year. There’s nothing heroic about ravishing the Middle East at the cost of countless lives, and Britain’s failings in war since the end of World War 2 are not deserving of our remembrance.

So as the clock ticks towards 11 minutes past 11 today on the 11th of the 11th, pacifists should be reminded that we’re remembering a deceleration of peace and not war, and be comforted by that. We should remember the lives of those who fought and died for our country today as we do all days, but lest we forget that the Great Wars were fought as a precursor to peace, let’s not glorify war as we remember those who fought to prevent it.