When the Barack Obama Hope poster was released by artist Shepard Fairey in 2008 the president elect became part of a select club of politicians who portrayed a message of such poignancy that he immediately became a national icon. Jim Fitzpatrick’s Che Guevara poster preceded it and is perhaps the only political artwork that is […] 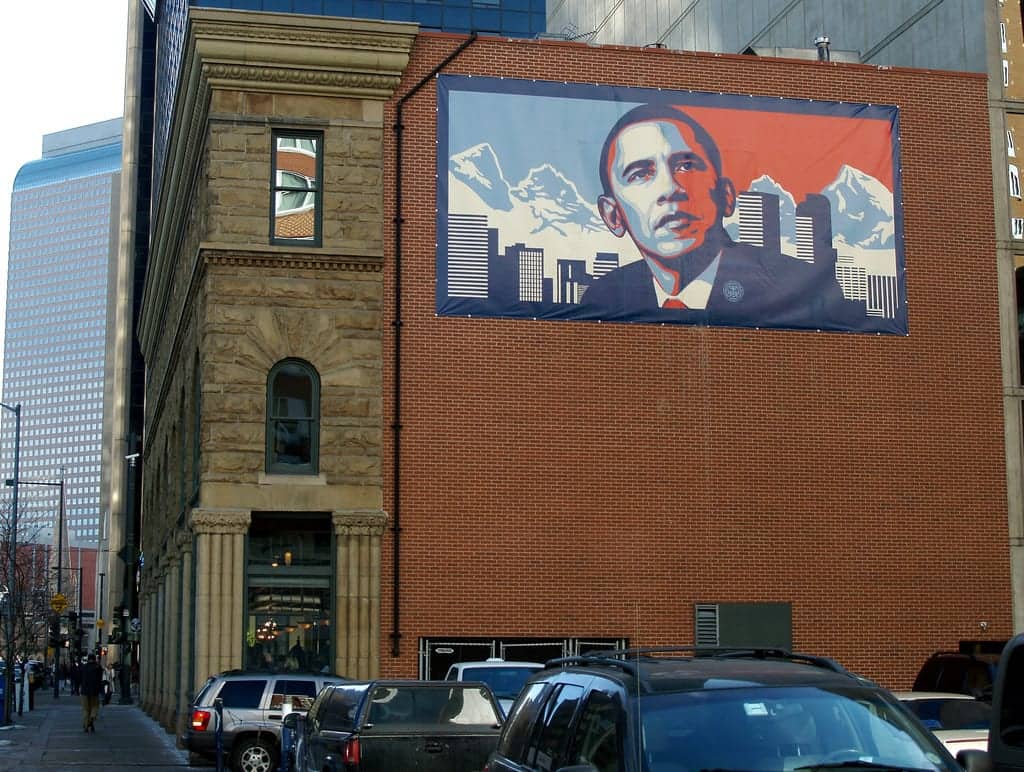 When the Barack Obama Hope poster was released by artist Shepard Fairey in 2008 the president elect became part of a select club of politicians who portrayed a message of such poignancy that he immediately became a national icon. Jim Fitzpatrick’s Che Guevara poster preceded it and is perhaps the only political artwork that is equal to it in reach and scope, namely because they projected very similar, simple messages of change and hope.

As bad and as barmy as this year’s election results have been they have sent a clear message from the campaign trials; if you peddle shit, you will get slammed. The Out campaign defeated the In campaign in June’s referendum because the former campaigned on the benefits of leaving while the latter turned a blind eye to the benefits of staying. Trump defeated Clinton because he campaigned for a better America and she was the physical embodiment of the status quo.

Politicians have underestimated how much things have change since the turn of the new Millennia, and how folk don’t always react well to change. They look for a big warm warm blanket of political certainty. They look to the people who will make America great again by slapping tariffs on imports to stifle economic liberalism and build wars to prevent economic migration. They look for a people’s champion and a strong figurehead to steer them through choppy waters. The parallels with Britain’s break from Europe are stark.

It is therefore quite apparent that in an interconnected, social media world politics has become less about real issues and more about how you campaign. At least you’d hope. Most Brexiters weren’t bigots, they backed moves to abolish red tape, stabilise the NHS and latched onto, albeit misguided, notions of a new deal for Britain. Similarly, you’d like to think most Trump supporters didn’t back a ban on Muslims or audacious plans for a wall on the Mexican border, they backed his business acumen and the hope that he can bring back economic prosperity for all, not just the few, despite Trump very much belonging to the latter camp.

Whether these seismic political shifts on either side of the Atlantic will end in smoke is only for time to tell, but it is time for the left wing to take note of how each achieved its objectives on the campaign trail. In these uncertain times, positivism trumps negativism. The Trump, Brexit and SNP campaigns are all testament to that. The left urgently needs to listen up if it is to regain the vast swathes of lost ground conceded to people who developed messages that would float with the populous rather than the parliament.