Today Google has announced a new initiative to rid the internet of fake news. Fifty thousand pounds of seed capital has been offered to the group that can find claims online and determine whether or not they are true. But for such a pitiful amount of start-up cash you’d be better throwing the money down […] 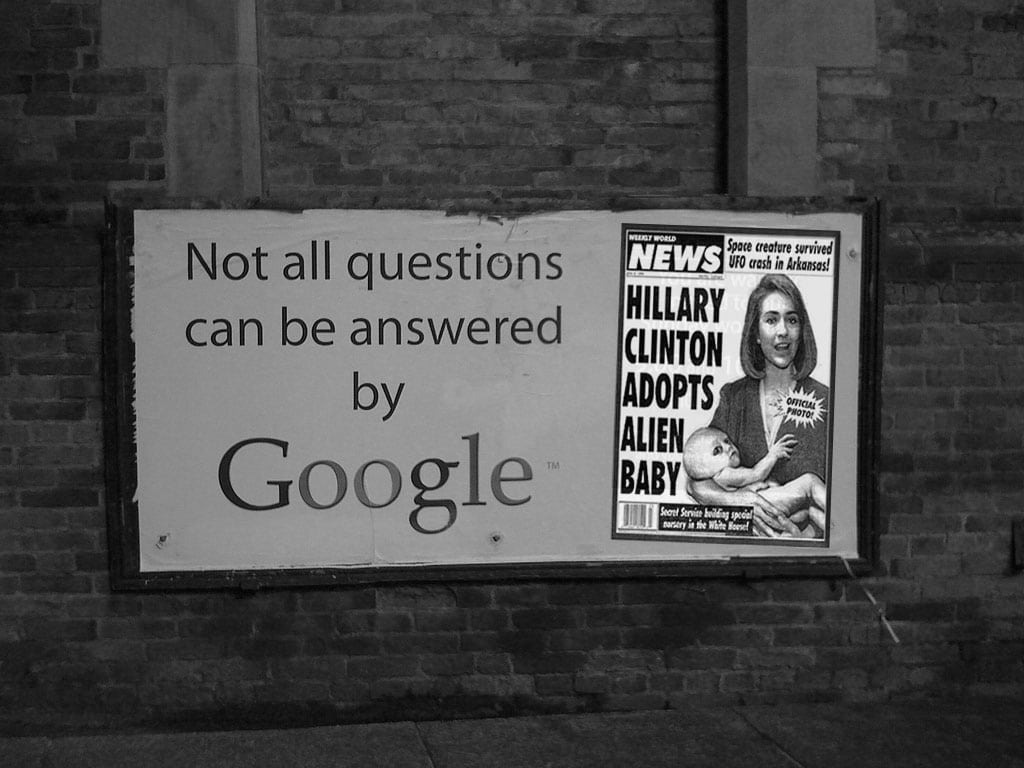 Today Google has announced a new initiative to rid the internet of fake news. Fifty thousand pounds of seed capital has been offered to the group that can find claims online and determine whether or not they are true. But for such a pitiful amount of start-up cash you’d be better throwing the money down the drain.

The problem is that it’s near impossible to fit fake news into an algorithmic solution. It is often more a manipulation of facts rather than outright falsehood, and even if the distinction can be made one then has to question how to separate that from opinion and satirical pieces, which are key to both our democracy and our sanity. Moreover, in a social media-led news environment, fake news is rarely delivered in text form.

Mevan Babakar, Full Fact’s digital products manager, one of the groups looking to design the widget, has been quick to confirm that such a spec is impossible to deliver, saying they would be looking to free up fact checkers to work on “more nuanced claims” rather than “all-knowing, all-seeing artificial intelligence”. But “nuanced claims” aren’t really the problem are they?

The problem lies with the fake spin that catapulted Theresa May and Donald Trump into power and capitulated our relationship with Europe, and Google ain’t got shit on those sort of issues. For a start, these are the sort of issues that have been kicking around for longer than the search beast has existed. They are the sort of issues that sent us to war against Iraq, that get painted on the side of busses and get denied repeatedly by our own Prime Minister on breakfast shows – TRIDENT ahem.

So how can we stop fake claims that exiting Europe will leave £350 million a week for the NHS when that only becomes a falsehood when one applies a degree of critical, human analysis? As Homer Simpson once said, people can come up with statistics to prove anything. Forfty percent of all people know that. And our politicians have been in bed with spin for some time now.

Well, the answer is the much-maligned world of journalism. It is in a properly functioning fourth estate that holds politicians to account for overstating statistics, distorting their opponents’ position or, in some cases, telling outright lies. A study from Reuters showed two-thirds of global media chiefs believed fake news would help ‘strengthen’ the position of quality publishers, and I personally believe them.

Google can’t stop fake news, nor can social media outlets and certainly not politicians. This is the time for quality journalism to shine, and we’re up for the fight.