From the newsletter: Whisper it - we’ll miss Boris Johnson when he’s gone. 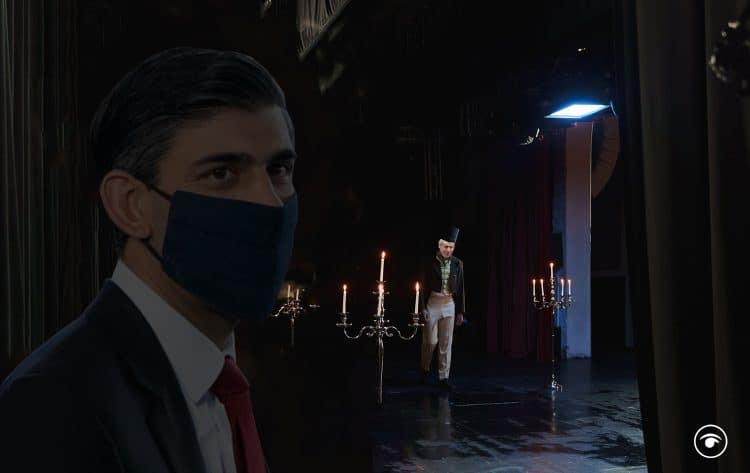 Good morning. Unless your name is Boris Johnson, in which case this morning is quite the opposite of good. It is, in fact, bad: the latest in a never-ending spree of bad mornings for a politician for whom badness has become a feature and its absence a bug. Is the end of the Johnson premiership nigh? Yes. This is an administration in its terminal phase, swamped in scandal and reeking of decay.

Johnson, it seems inevitable, will not lead the Tories into the next election. Yet those predicting the prime minister’s downfall before the clocks go forward will likely be disappointed. Put yourself for a moment in Rishi Sunak’s shoes (be careful not to scuff them; they probably cost as much as your last paycheque). Would you rather take over next week – in the midst of a cost-of-living crisis, months away from an ominous-looking slate of local elections – or in the summer, when you can pin the looming ballot box pummelling squarely on your predecessor?

Just 20 per cent of voters now admit to having a favourable view of Johnson (Keir Starmer, for the record, is not faring much better). After all that, the breathless media coverage proclaiming Johnson a Teflon politician to whom scandals don’t stick was nonsense. Any politician will be doomed if damaging stories are plastered across front-pages nonstop for two months. That, perhaps, should prompt reflection on where the levers of accountability really lie in this country. It might even suggest that the story of Johnson’s triumph in 2019 was not one of his inherent strength or his opponent’s endemic weakness, but the king-making power of the press.

Let us for a moment look past Johnson and consider what may come next. The Telegraph – no longer the safe harbour into which Johnson can steer his storm-battered career – made its stance plain earlier this week when it announced that Sunak had proven “he has the makings of a future prime minister” by going to Devon instead of turning up to PMQs. The bar for demonstrating “nous” has apparently been lowered to such a dramatic extent that simply boarding a train has made a political pole-vaulter of the chancellor.

The political economist and writer Will Davies this week offered a prediction on post-Johnson Britain which, I think, will soon prove accurate: we’ll miss him when he’s gone. The prime minister, Davies proffered, provides “a welcome distraction from quite how screwed this country is”. He hides in fridges, embroils himself in absurd fees-for-favours scandals because he doesn’t like John Lewis, blusters, bluffs and bloviates. He is a clown – a garish caricature towards whom Brits can funnel their fury and frustration, allowing us to overlook, as Davies puts it, the “slow, tedious, familiar ways of economic and political decline”.

What happens when we have a leader who can tuck his shirt in at the front without it popping loose at the back? For many detractors, Johnson’s biggest faults are cosmetic: how he handles himself, the culture he creates, his character, the suggestion of scandal. That, more than anything else, is what has been put on trial in the last two months. It is the whiff of Johnsonism rather than the substance that has proved so unpalatable. No policy – the actual, tangible stuff by which a person’s life and livelihood is impacted – has sparked outrage so durable and all-encompassing as the revelation that the prime minister had the audacity to sit on his veranda having a glass of wine.

And so when Johnson does go, those policies will remain untarnished. The man may be discredited, but the machine he built will whir on.