From the newsletter: Labour could do with a little less deference, and a little more shamelessness. 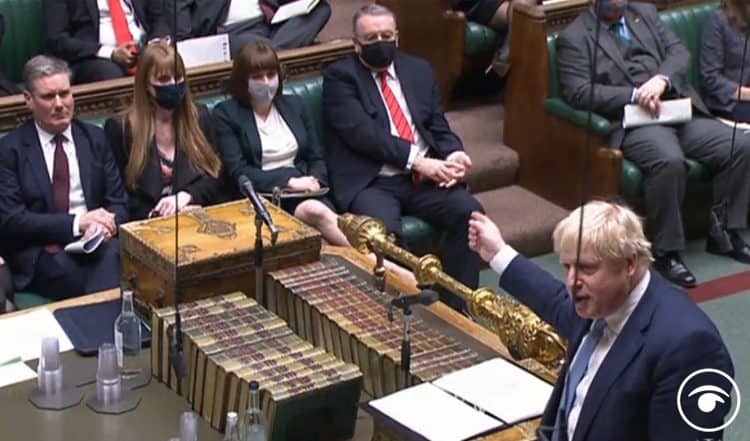 Good morning. Hands up if you had ‘Boris Johnson slurs the Archbishop of Canterbury’ on your Easter bingo cards? I know, I know – it happened a week ago. Lots has happened since. It always does. Stuff is ceaselessly happening, dragging our shock and outrage like a heavy spotlight from one scandal to the next.

I don’t think Johnson accusing Justin Welby of being “less vociferous” in his condemnation of Vladimir Putin than in his attack on the government’s Rwanda policy will be the final nail in the prime minister’s coffin. Nor should it be. In the grand scale of horribleness, it’s a fairly minor offence. But it’s an exchange worth dwelling on regardless, because I think Keir Starmer could learn a thing or two from it. What do the National Trust, the RNLI, the BBC and the Church of England all have in common? They are all institutions that might fairly be considered pillars of British society. Not just British society – parts of British society which, come election time, like voting Conservative.

It’s easy to imagine this imaginary person waking up of a weekend and switching on Radio 4 before heading down to the local parish in a Volvo proudly sporting a National Trust membership sticker, stepping over a letter or two from the RNLI thanking them for their donation on his way out the door. Yet these are also all institutions which have fallen foul of Johnson’s government, which has had no problem discrediting and deriding them for getting in the way. Who could have imagined, five years ago, that the National Trust tea room would be a fiery front in the culture war? Or that the prime minister would spend a private meeting with MPs slagging off the senior-most member of the country’s clergy?

The modern-day right-wing has adopted something of a scorched earth policy when it comes to parts of society which aren’t shaping up as it likes. If the Archbishop of Canterbury is critical of its asylum policy, it has no problem arguing that, actually, he’s not worth listening to. This isn’t to say that I think this is a welcome development in British politics. It isn’t the consequence of some long-conceived strategy: it’s a function of the absence of any real ideological coherence. But that doesn’t mean the Labour Party shouldn’t be taking notes.

As regular readers of this newsletter will know, Elevenses has been highly critical of Starmer for appearing to govern via focus group. Sir Keir’s Labour – even now it finds itself consistently ahead in the polls – follows as opposed to leads. It goes where it thinks public opinion lies, and seems terrified of making an argument for anything. The Tories, on the other hand, have no qualms with telling their voters why the RNLI is woke and the National Trust is out of touch. There’s no deference there. No establishment bias, no treading on eggshells and – crucially – no shame.

There are caveats, of course. It’s easier for a Conservative politician to launch into an attack on, say, the Church of England given the political persuasions of this country’s press. And given Johnson’s domestic strife, it may well be that Starmer has no need to stick his head above the parapet in order to become prime minister. But politics should be about more than trying not to piss people off. Casting himself as the anti-Johnson may well be Sir Keir’s path to power. But he might benefit from adopting a hint of Borisian brassneck along the way.