From the newsletter: Southgate and his boys have already saved a summer sliding into disrepair. 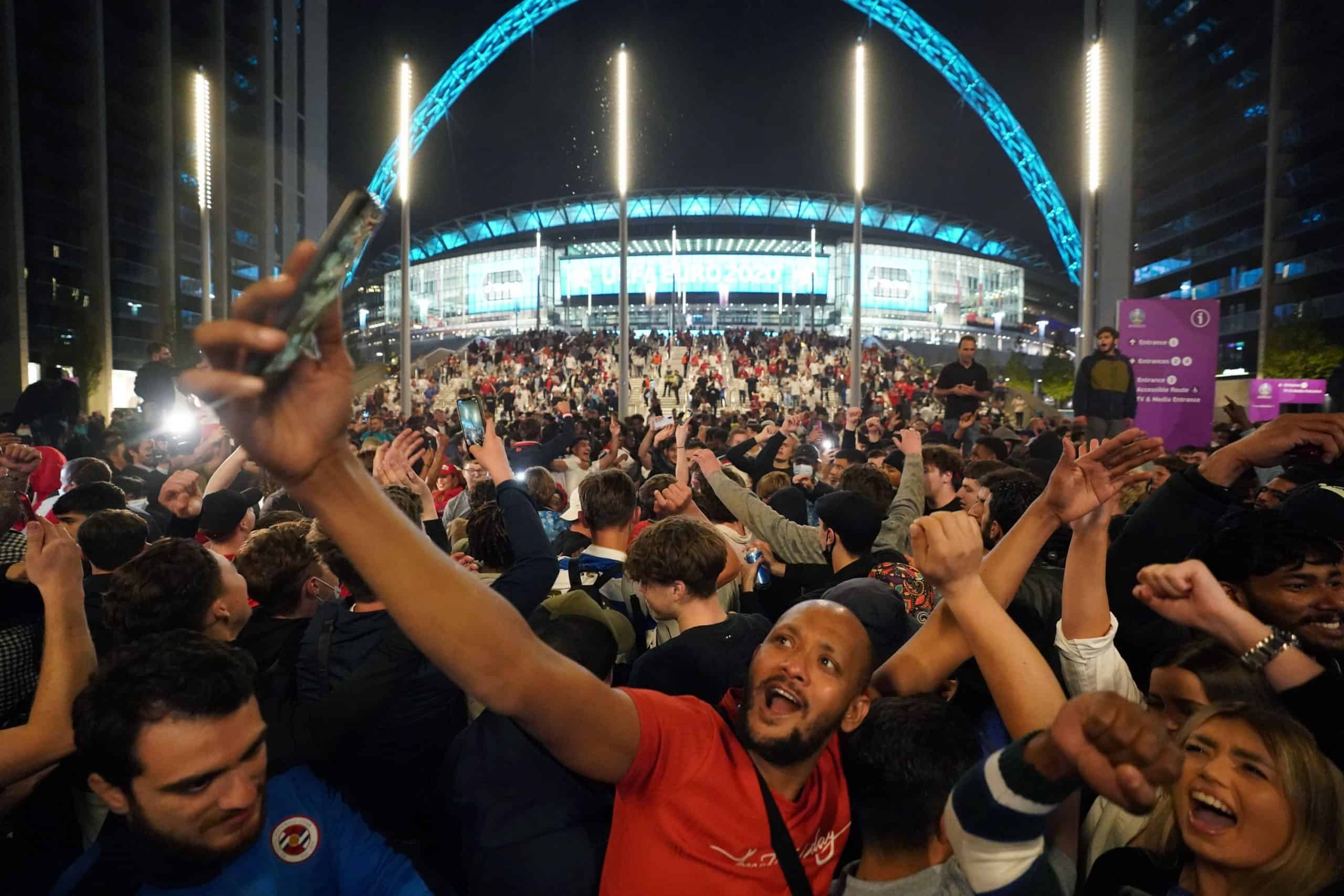 Good morning. Three years ago, I watched England’s World Cup semi-final against Croatia from a riverside bar in Florence – the same place I watched all our group games, the anxiety-riddled penalty shoot-out win over Colombia and the afternoon stroll against Sweden. It was a strange place to watch that summer unfold. Italy hadn’t made it to Russia, so interest in the tournament from the locals was negligible. There weren’t many English in the city either, leaving me something of an outlier when I stood up before each match to bellow out the national anthem, baffling the sophisticates enjoying their spaghetti alle vongole all around me.

Meanwhile back home, something marvellous was unfolding. The sun was shining. WhatsApp groups pinged excitedly with memes about Gareth Southgate and that waistcoat of his, Harry Maguire and that head of his. Instagram was spilling over with euphoric shots of crowds blocking roads, singing, embracing. From afar at least, for someone who was unable to join the fun, it seemed like a once-in-a-lifetime explosion of commonality and catharsis. It felt special, the sort of moment that might never arrive again. Thank goodness, then, that it has.

Wednesday night was bonkers. The match itself was cloaked in a layer of anxiety so thick you could almost chew chunks out of it; what followed the final whistle, less so. Having watched in a raucous pub in south London – loud enough, thankfully, to drown out Lee Dixon – I and a few others hopped on our bikes and peddled off into town. Thanks to an unfortunate collision with the curb, I lost the rest of my marauding party almost immediately. But I needn’t have worried. On arrival it quickly became clear that there were plenty of England fans to go around, clambering on buses and mounting the bronze lions which adorn Trafalgar Square. And singing, of course. Always, endless singing.

In case you hadn’t realised, something is happening here. Whether it’s the by-product of the last year-and-a-half, during which life has often felt drained of its colour, or the pent-up longing of 55 years of hurt is by-the-by. So too is whether it endures beyond Sunday. This England side has already lent summer the light it so sorely needed. Like many others, I had to sit through Germany and Ukraine in coronavirus-induced, not-so-glorious isolation. Harry Kane, Raheem Sterling et al. were respite – something to look forward to, grab hold of, celebrate.

If that doesn’t translate into some kind of lasting transformational change, and we don’t suddenly wake up on Monday awash with a newfound sense of ‘progressive patriotism’, then so be it. For most of us, that wasn’t ever really the point. Regardless of whether the Italians knock us off our perch on Sunday, we’re already deep in Gareth Southgate’s debt. He’s managed to give this summer meaning, at precisely the point it threatened to be subsumed once more by lateral flow tests and quarantine. There’s every chance now that we look back on the summer of 2021 in a decade or so and remember it fondly as “that summer football came home” rather than “that summer the pandemic was still raging”.

That, if nothing else, is worth cheering. Let’s just hope that, come Sunday night, we’ve got some silverware to celebrate too. Come on England.