Vladimir Putin is standing tall on the shoulders of the West's fallen giants. 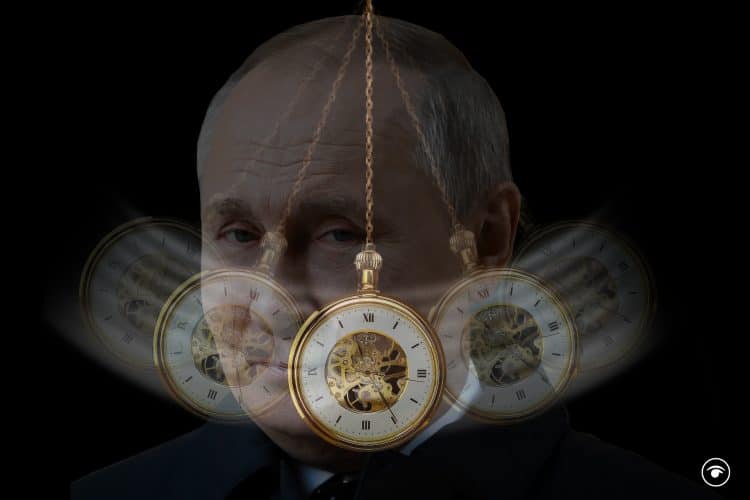 Good morning. The war in Ukraine rolls into its 20th day today. So far, according to Reuters reports, at least 15,000 people have been killed, at least 1,700 properties have been destroyed and at least 2.8 million people have been displaced. The latest dispatches from Kyiv, Mariupol and other cities are that the bombardment has been punishing, leaving people desperate for food, water, heat and medicine. Yesterday, it was revealed a pregnant woman injured in the Russian bombing of a maternity and children’s hospital had died along with her baby. The act was condemned as a war crime by the health secretary, one that will be added to a long list if Vladimir Putin is ever held responsible in front of an international criminal court.

In the 20 days since the start of the war we have learnt a lot about the Russian president’s methods and intentions. We have learnt that he is as barbaric as he is unrelenting and that, so far, his advances into Ukraine have been unmoved by the raft of sanctions placed upon him by the West. But one of the questions that seems to remain unanswered is, why now? Putin’s beef with NATO over Ukraine’s aspirations for membership dates back as far as 2008 when, if reports are to believed, he warned the then-US President George W. Bush that he would view the ascension as “a provocative move”. An amendment adopted in 2019 that enshrined the goal of NATO membership in the country’s constitution was a further threat that the US-led alliance could be brought to Russia’s border, but it took another three years until troops started to amass in a bid to draw his so-called “red lines”.

Since then, many of Putin’s justifications for war have been either irrational or completely false. He claimed his goal at the start of the war was to protect people subjected to bullying and genocide and aim for the “demilitarisation and de-Nazification” of Ukraine, even though a vibrant democracy exists in the country led by a president who is himself Jewish. It has led many people to conclude that Putin could have lost his mind after years of isolation, which could well be true. But the more likely explanation is that he has decided the time is ripe to achieve, in the words of Mark Medish, one of his “long term goals”: Overturning US-led global dominance.

In his opinion, and it is one I share, the chaos of the Trump presidency, the disarray of Europe, capped by Brexit and the authoritarian leanings in Hungary and Paland, and most recently the US withdrawal from Afghanistan “have bolstered Putin’s belief about the decline and fall of the West- and his decision to go for broke now”. It is a view he doesn’t hold alone, which is why the recent developments out of China will be watched with a hawkish gaze by many. Washington was quick to respond to reports that the country has signalled an “openness” to provide Russia with military support in Ukraine. Some think the move “speaks to Moscow’s desperation” in the ongoing conflict, others say it could be a game-changer for global geopolitics.

Either way, it is clear that the East is now testing the water as the pendulum of power swings in its favour. Ukraine could become the first proxy conflict in a new-age Cold War, one which will require a united and resilient response if the West is to fend it off.