From the newsletter: As war in Ukraine enters its fourth week, is there any prospect of resolution? 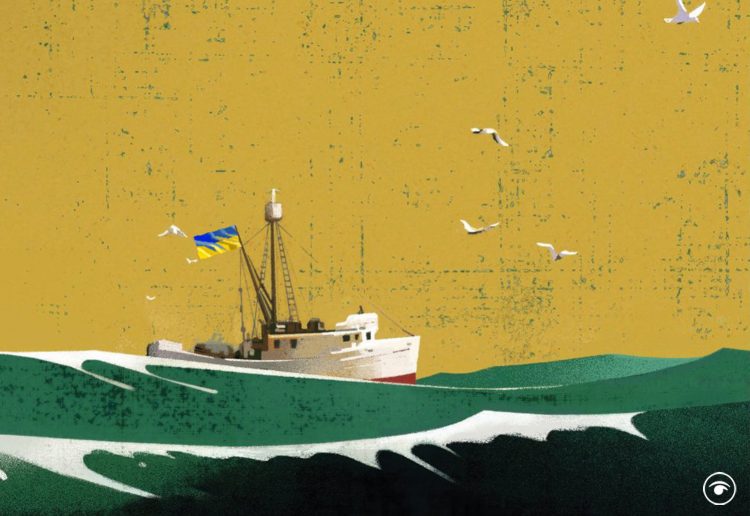 Good morning. John Steinbeck, in the log he scribbled during a biology expedition to the Sea of Cortez in 1940, muses on man’s “trait of murder”.

If, he writes, “we used the same smug observation on ourselves that we do on hermit crabs we would be forced to say, with the information at hand, ‘It is one diagnostic trait of Homo sapiens that groups of individuals are periodically infected with a feverish nervousness which causes the individual to turn on and destroy, not only his own kind, but the works of his own kind.’” He continues: “When two crayfish meet, they usually fight. One would say that perhaps they might not at a future time, but without some mutation it is not likely that they will lose this trait. And perhaps our species is not likely to forgo war without some psychic mutation which at present, at least, does not seem imminent.” Man’s “murder trait”, he surmises with the cold calculation of the amateur biologist, is “regular and observable”.

And so to Ukraine. We are in the fourth week of a war which has killed thousands and displaced millions. This morning, Russian missiles struck an airport repair centre several miles from the city of Lviv, a city close to Poland’s – and Nato’s – border. Yesterday, Russian shelling struck a theatre in Mariupol where more than 1,000 civilians – many of them children – had been sheltering. Satellite imaging – that, due to the extremely online nature of this war, has been beamed around the world – showed the word “children” clearly etched in Russian on the ground either side of the building.

Five days before the attack, the Ukrainian military released a film of the interior of the theatre, which had a bomb shelter in its basement. It was packed with women and children. “There are so many children,” a volunteer says in the video. “All the children have a fever, I don’t know what to do. Help us.” No matter how inured we become to the destruction, however desensitised we become to push notifications spelling out what fresh devastation Moscow has unleashed, the era in which we live has taken a turn for the unspeakably bleak. Our “murder trait”, if it was ever really hidden, is in plain view.

Yet Steinbeck, ever the polymath, writes in the same breath of another immutable characteristic of the human condition: hope. Hope, he says, is “a diagnostic human trait” and “a prime factor in our inspection of the universe”. Steinbeck speaks of hope as a “shock-absorber”, a counterbalance to “the trick of memory”. Without hope, he suggests, “the species would have destroyed itself in despair. For if ever any man were deeply and unconsciously sure that his future would be no better than his past, he might deeply wish to cease to live.”

Even in this bleakest of months, there is some hope. This week, the Financial Times published details of a “tentative” peace plan, including a ceasefire and a Russian withdrawal – contingent on Kyiv declaring neutrality and accepting constraints on its armed forces. The 15-point plan would see Ukraine renounce its ambitions to join Nato, and promise not to host foreign military bases or weaponry. It is far from concrete – and it’s worth noting that the Mariupol theatre was bombed after it emerged. Yet for those of us clinging forlornly to the prospect of a resolution to this gruesome conflict, it does represent hope – an impulse which, Steinbeck says, “still controls the future”.

That in itself is a depressing revelation. Because that slender strand of hope does not really represent resolution. It is instead evidence of something horrible: that a big, bullying country can summon its troops and, on a whim, invade its neighbour – carving off chunks of it and changing its constitutional DNA because it felt like it. Hope might be immutable, but it is man’s “murder trait” that seems destined to emerge triumphant.