How we covered 2021, and a most sincere thank you for joining us on the journey. 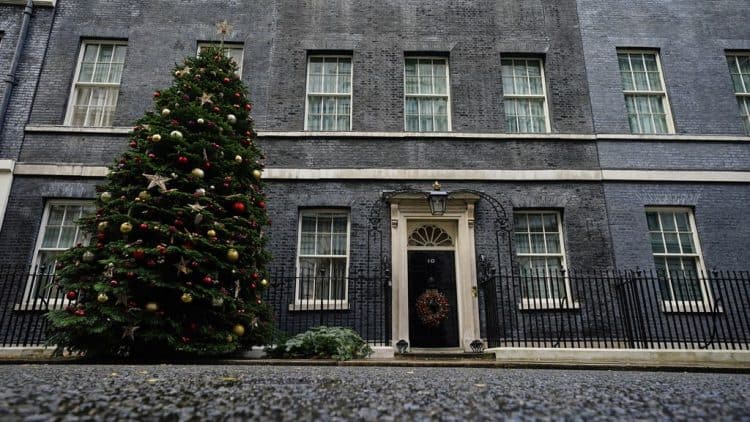 Good morning and, breathe. To those of you who, like me, thought 2020 was a turbulent year, how could you be so foolish? Back then we had a Brexit transition period, stable governance in the Handforth Town Council, no election for Donald Trump to dispute for the most part and no reason for Piers Morgan to storm out of his own Good Morning Britain show. We had food on the shelves, petrol in the pumps and never once had to worry about the global supply chain being ground to a halt by a container ship plugged in the Suez Canal. They were simpler times. That is, at least, if 2021 is anything to go by.

They teach you at journalism school that sourcing good news stories is nine-tenths of the battle. Not this year. For every lull in the news agenda there was an Owen Paterson affair hot on its heels. For every brief moment of respite there were pictures of the health secretary kissing his aide, Boris Johnson espousing the virtues of Peppa Pig World or manifesto pledges being unashamedly ripped up in clear sight of the public. ‘Ultra-safe’ seats changed hands, lockdown-busting Christmas parties were exposed and we all learned you can buy wallpaper at £840 a roll. It was cheating, really. Life on the news desk should never have been this easy.

But amid the furore, it has been important for us not to lose sight of how the sweeping changes in our political landscape have impacted ordinary people. In May, we had the exclusive as reports emerged that EU citizens without settled status were being detained on arrival to the UK, with one taken to prison after taking up a job offer to work as an au pair in London. We told the story of a Portuguese care worker who feared deportation afer 25 years in Britain, the Italian doctor who was considering leaving the UK and the EU couple who had received letters through the door telling them to “go home”. All of this is thanks to the tireless work of Andra Maciuca, who has passionately ensured that European voices don’t go unheard post-Brexit.

In the political arena, we made sure that those who got heard were not just the ones who shouted the loudest. During the London mayor election we spoke to the majority of the 20 candidates regardless of whether they were red, blue, extra-terrestrial or drank their own urine. When Labour took a hammering in the local elections, we spoke to the regions where their message cut through, like in Preston, where council leader Matthew Brown’s community wealth building programme has turned heads and in Salford, where ‘sensible socialist’ Paul Dennett has shown Labour a path back from the brink. Both stories demonstrate ways in which Sir Keir can rebuild the Red Wall, neither would have been possible without some brilliant reporting from Henry Goodwin.

For the first time this year, we have extended our reporting beyond the written word to add a new podcast series, Unbreak the Planet, to our portfolio. The second episode of the series, an interview with Extinction Rebellion founder Roger Hallam, made national news, while we have been delighted to have had Clive Lewis, Damian Collins and Grace Blakeley on the show to discuss the biggest problems facing the planet and, crucially, how to fix them. Our thanks for this goes to Mike Galsworthy, who has expertly steered the interviews, and all of the production team involved.

Finally, a huge thank you to all the people behind the scenes at The London Economic and to all the contributors who bring colour to our pages on a daily basis. To our news editor, Joe Mellor, and to our sub-editors, I doff my cap to you all. And to you, dear reader, a most sincere thank you for coming along for the ride. We would be nothing without you.