From the newsletter: Regional inequality - not Partygate - will determine Boris Johnson's fate. 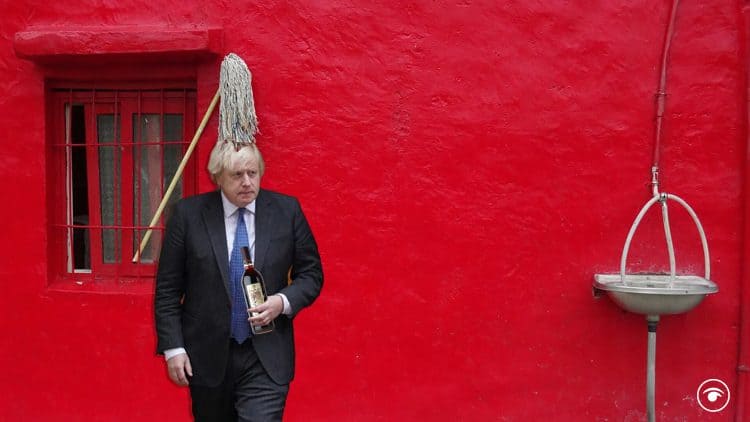 Good morning. If the Rioja and Roquefort don’t get you, the Red Wall will. That was the message sent to Boris Johnson yesterday by Ben Houchen, the mayor of Tees Valley and arguably the most powerful Conservative politician in the North. Writing in The Times, Houchen called on the prime minister to “remember what got him elected two years ago”, urging him to “make it his New Year’s resolution to redouble and refocus the government’s work to level up the United Kingdom”.

Johnson currently finds himself mired in controversy. That’s nothing new, of course. This is a politician who, throughout his career, has been as well-acquainted with scandal as a pig is with muck. But if the prime minister is able to survive the latest ‘Partygate’ allegations – pack away the bunting, dispose of the empties, put the Stilton back in the fridge – his dwindling fortunes in the North may prove the final nail in his electoral coffin.

The latest polling which will have northern Tory MPs twitching puts Labour comfortably ahead – by 49 per cent to 33 per cent – in the 57 so-called Red Wall constituencies Johnson snatched in 2019. In those seats, 38 per cent of voters now believe Sir Keir Starmer would make the best prime minister. Just 33 per cent back Boris. While we’re at it, a quarter of voters across the country as a whole have no idea what ‘levelling up’ means. A government white paper has been delayed and delayed again. It is now expected by the end of the month.

It is the progress, or lack thereof, that the Tories – whether they’re led by Johnson, Rishi Sunak or Liz Truss – make on addressing regional inequality which will determine their fate whenever the next election rolls around. Before Christmas I interviewed Philip Proudfoot, the leader of the Northern Independence Party. It’s safe to say Proudfoot, a former Labour activist who wants the North to secede from England, does not have much in common with Michael Gove, whose job it is to fix the North-South divide.

Yet Gove could do a lot worse than listen to him talk about the North-South divide. “You can’t just fix this with money,” Proudfoot told me. “It needs power – actual power.” Among the suggestions mooted in Gove’s white paper is the creation of “American-style governors” in “swathes of rural England”. That, Proudfoot suggests, betrays a misunderstanding of what northerners actually want. “[We don’t] want another layer of politicians to beg to Westminster. What people actually want is power in the community: the ability to make decisions, to direct funding, to raise taxes. That’s what’s needed.”

It’s easy enough for the Tories – and, indeed, Starmer’s Labour – to dismiss the likes of Proudfoot and the NIP as Corbyn cast-offs, tweeting against the dying of the light. But it should be possible to seek to understand the impulse which has made thousands of northerners determined to break ties with Westminster without becoming a separatist yourself. To ignore the energy and ideas coming from groups like the NIP – and elsewhere from people like Matthew Brown in Preston – is self-defeating and betrays a lack of curiosity. And it puts real ‘levelling up’ further out of reach.