From the newsletter: outbreaks of mob violence in Israel suggest a ceasefire in Gaza can only do so much. 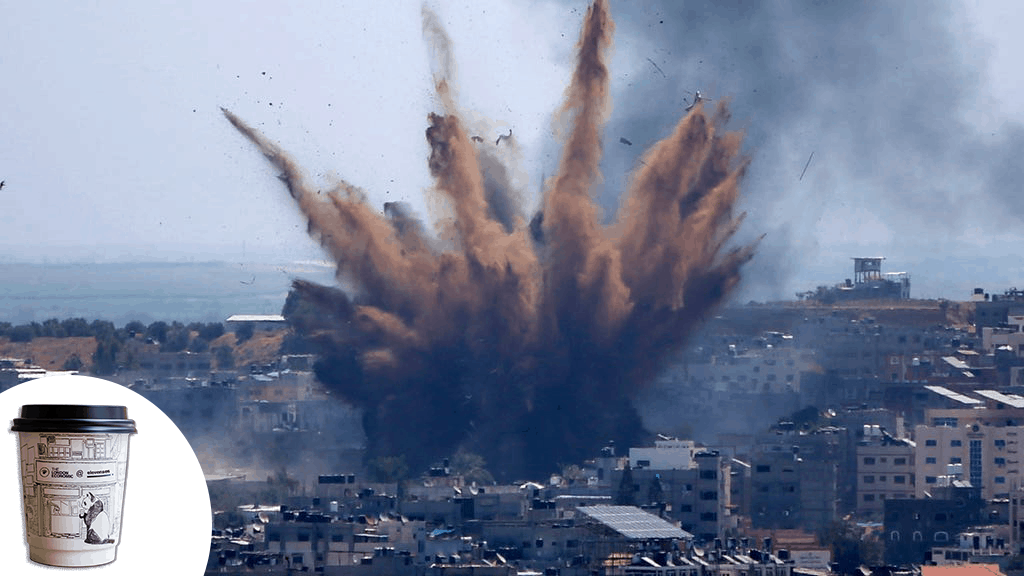 Good morning. Gaza stands on the brink of catastrophe. Late last night, Israel’s military said that ground forces “are currently attacking in the Gaza Strip” as a massive bombardment – tanks, artillery, air strikes – pounded the outskirts of Gaza City. All week, the skies over cities like Tel Aviv have been illuminated by Hamas rockets duelling with Iron Dome, Israel’s state-of-the-art missile defence system. Images of the devastation wrought upon Gaza by Israeli air strikes, which have destroyed high-rise buildings and other so-called “targets” have been splashed across front pages and news bulletins. Eid al-Fitr was, this year, marked to the soundtrack of bomb blasts and sirens; at least 119 Palestinians – including 31 children – have been killed, along with eight people in Israel.

Despite the horror we have already seen and the spectre of what is likely to come, arguably more frightening has been the explosion of hand-to-hand, mob violence on the streets of mixed Israeli towns and cities. In Bat Yam, a southern suburb of Tel Aviv, a crowd of young, far-right Jews attacked businesses owned by Palestinian citizens of Israel on Wednesday night. Dressed in black and chanting “death to Arabs”, they smashed the windows of a mixed-ownership ice-cream parlour before dragging an Arab-Israeli from his car and beating him to within an inch of his life, leaving him lying in the road for 15 minutes until police arrived. “We’re watching a lynching in real time,” a television reporter on the scene said, before the camera was pulled away. Those involved justified the attack by claiming that the man had tried to drive through the far-right demo, despite footage showing him trying to avoid it.

It wasn’t just Bat Yam. The previous evening, Jewish property and synagogues in Lod, Haifa and a string of other towns was attacked. Communal violence – riots, stabbing, arson, shootings, attempted home invasions – have been reported across Israel. Binyamin Netanyahu – no stranger to incendiary rhetoric – condemned the violence as “unacceptable”. “Nothing justifies the lynching of Arabs by Jews and nothing justifies the lynching of Jews by Arabs,” he said, before adding later that the Israeli offensive in Gaza will continue as long as needed “to restore calm in the state of Israel”. Go figure. Violence is woven into the fabric of the Middle East; it is impossible to talk of Palestine or Israel without talking about war, dispossession and retribution. Nonetheless the extremism awoken by this past week’s events remains shocking, albeit not especially surprising, and makes the ceasefire calls of Joe Biden, Boris Johnson and others feel futile. Sure, the UN could broker a resolution that stops Hamas firing rockets at Israel and the IDF launching air strikes in Gaza. But how do you unravel and remake a society in which one group of citizens sets out to lynch and batter another?

On Monday, a video emerged of a mass of ultranationalist Jews gathered at Jerusalem’s Western Wall, chanting and celebrating as flames leapt near the al-Aqsa mosque compound. The crowd – young and smiling – were singing a 1990s rock song which, one expert pointed out, is associated with a far-right Jewish supremacist movement. That movement’s leader – Rabbi Meir Kahane – introduced legislation in the Israeli parliament to strip non-Jews of citizenship and, in 1981, wrote a book titled ‘They Must Go’, which openly called for ethnic cleansing in Palestine. He was eventually assassinated. The video reveals more about the state of the modern Middle East than any bomb or rocket blast. As one Israeli political analyst told the Guardian, “it feels like ethnic conflict. This is more than a reaction to Hamas’s rockets. There’s something deeper going on under the surface.”

The next few days might see a ceasefire; they are just as likely to see full-on war. Whatever happens, the task facing peacemakers is so much greater than stopping the next strike or counter-strike.