Football and food have become incompatible foes, but it doesn't have to be that way. 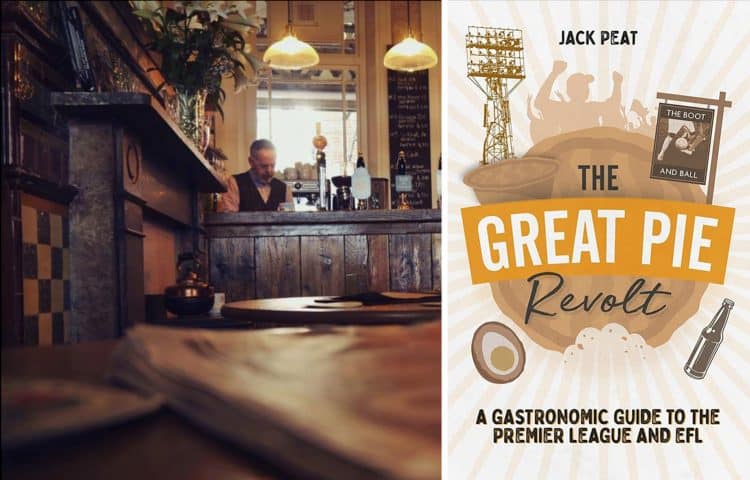 On platform 3 of Doncaster Train Station, about three-quarters of the way down as you emerge from the underground concourse, there is a secret railway pub that is rivalled only by the concealed wizarding platforms of King’s Cross in terms of its mystery and wonderment.

Slightly concealed, small and unassuming, The Draughtsman Alehouse is the sort of place where the witches and wizards of JK Rowling’s world would go for a tonic after dropping their kids off for boarding school, knocking back goblets of frothy ale in the old, converted waiting room surrounded by weary travellers, barmen in waistcoats and even the odd local willing to pay a small train fare for the privilege of drinking in its surrounds.

It has other elements of the Potterverse too. The sense of being in between places, of being quite settled but also on the move, often reminds me of the opening scene of the Half-Blood Prince, when Harry has a brief moment with a waitress at a train station cafe before being whisked away by Dumbledore, who had been inspecting a billboard for the perfume Divine Magic on the opposite platform. Swap tea and cake for ale and crisps, Divine Magic for Plusnet and you get a sense of the scene I am trying to set.

Anyhow, it was from there on Saturday afternoon, at around half past one, that my dad text me saying he was en route to the first football game of the season and the first in well over a year for most supporters. In his company was a smattering of the usual home fans and the odd travelling AFC Wimbledon fan who had made their way up from London, seemingly in the know that for any travelling fan headed to Doncaster, the Draughtsman Alehouse is the place to be.

Yet for others making the same trip the choice of where to drink might not have been so obvious. Long heralded as a prerequisite of the matchday experience, it is astonishing how many football fans seem to disregard how they might spend the hours preceding and after a game, particularly those who follow clubs who, like mine, have a tendency not to do so well. If we are to go to the bother of travelling across the country in the name of the clubs we love, why not make these experiences as enjoyable as the game itself and at least try to find out what sets a place apart compared to the last away fixture we ventured to?

That, at least, is the theory behind my new book, The Great Pie Revolt: A Gastronomic Guide to the Premier League and EFL, released yesterday as the football seasons kick into gear with fans in tow. It is born out of two things. The first, despair at the bland over-the-counter culture that has gripped our football grounds thanks to large-scale caterers that shovel beige food into hotplates across the country without a care for where they are. And the second, a resurgence of local produce that has captured our hearts again owing to the cafes, market stalls, pubs and breweries that pride themselves on their locality.

It is proof that when paired properly football and food are a match made in heaven, but both are in dire need of a spectator-driven revolt.

The Great Pie Revolt is available from Waterstones now.