From the newsletter: sensationalism and sexism in the race for City Hall. 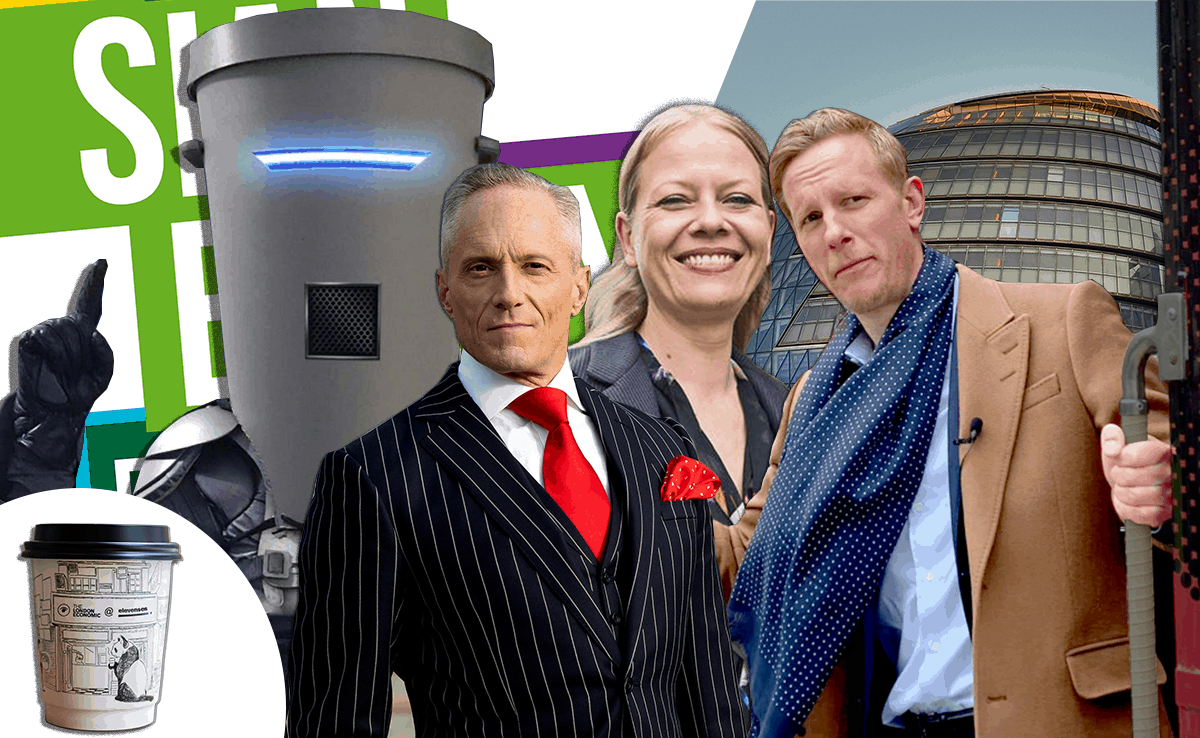 Good morning, and happy May Day. Yesterday I bumped into Brian Rose – the London mayoral candidate best-known for drinking his own urine – near Hampstead Heath. I’d like to claim it was my bloodhound-like scent for a story that drove me in his direction, but really I was just out for a walk – and so was Rose, with his young son and a crew of starstruck support staff filming his every move.

An American ex-banker who has lived in the city for a couple of decades, Rose is also a YouTuber and martial arts enthusiast. When not drinking his own wee on camera, he is most often seen in an immaculate, electric blue three-piece suit that creaks under the strain of two bulging biceps. Asked why he got into the race, Rose – impeccably polite in that very American way – said he “didn’t like what he was seeing” from Sadiq Khan. “Covid stuff?” I asked. “Yeah,” he replied. His platform, such as it is, centres around cracking down on crime and fighting coronavirus restrictions. There’s also a proposal for a month-long city-wide celebration to emulate the Great Exhibition.

At this point, you’d be fully-entitled to ask: what’s the point of this spiel? Rose is obviously not going to be mayor – he’s polling at one per cent. So is Laurence Fox. Both men are, let’s be honest, irrelevant. The press coverage of Rose has largely reflected that. Articles about his candidacy have tended to focus on the aforementioned wee drinking, or the lengthy videos he’s posted pummelling a punch bag into submission. Fox, on the other hand, has been able to rely on more or less every national newspaper for devoted coverage, turning his campaign for City Hall into what must be one of the most public midlife crises in living memory.

Meanwhile parties like the Greens – staffed by serious people with serious ideas – must battle for every ounce of attention. I put this to Sian Berry, the party’s candidate for mayor, last week. “Oh don’t talk to me about that,” she said, smiling wryly. Berry, who is running for City Hall for a third time after a stint in the London Assembly, pointed out that the barriers for entry into the race had been lowered this year, “so there are more people bunging their £20,000 into the ring”. But, she added, “it does frustrate me when any old random, standard bloke puts their name forward and thinks ‘I can do that’ when I’ve put in the years.” Berry suggested that coverage of her campaign – which is packed with interesting ideas to reshape London – has been relatively sparse because she is a woman, and so “doesn’t fit the mould of mayor… I don’t fit that stereotype.”

There’s some truth here. London has had three mayors: Khan, Boris Johnson and Ken Livingstone. The only other woman in the race – Luisa Porritt, the ex-MEP standing for the Lib Dems – has also struggled to get her name out there. Both Porritt and Berry are also victims of the fact that a large chunk of the British press is effectively run as an outrage economy. Fox is written about and written about again because he might say something stupid, about which publications – ours included! – can splash a mad headline and get loads of clicks. Is that a separate issue to the sexism implied by Berry? I’m not sure. If Berry were to start saying ludicrous things, would she be afforded the same gravitas that the Telegraph has given Fox? I doubt it.

You might conclude that none of this really matters because Khan is all-but-certain to be reelected this week. But when parties with actual platforms are starved of oxygen, the race becomes one of personalities rather than policies. With the myriad challenges facing this city – from the post-pandemic recovery to knife crime – that helps nobody; it puts the positive change London so acutely needs further out of reach.