By Joe Mellor, Deputy Editor London leads the way again as the world’s first ever local currency cash machine opened in Brixton, the birthplace of David Bowie. The ATM which can be found in Market Row allows you to withdraw Brixton bank notes, which can only be spent in the local area. Notes can be […] 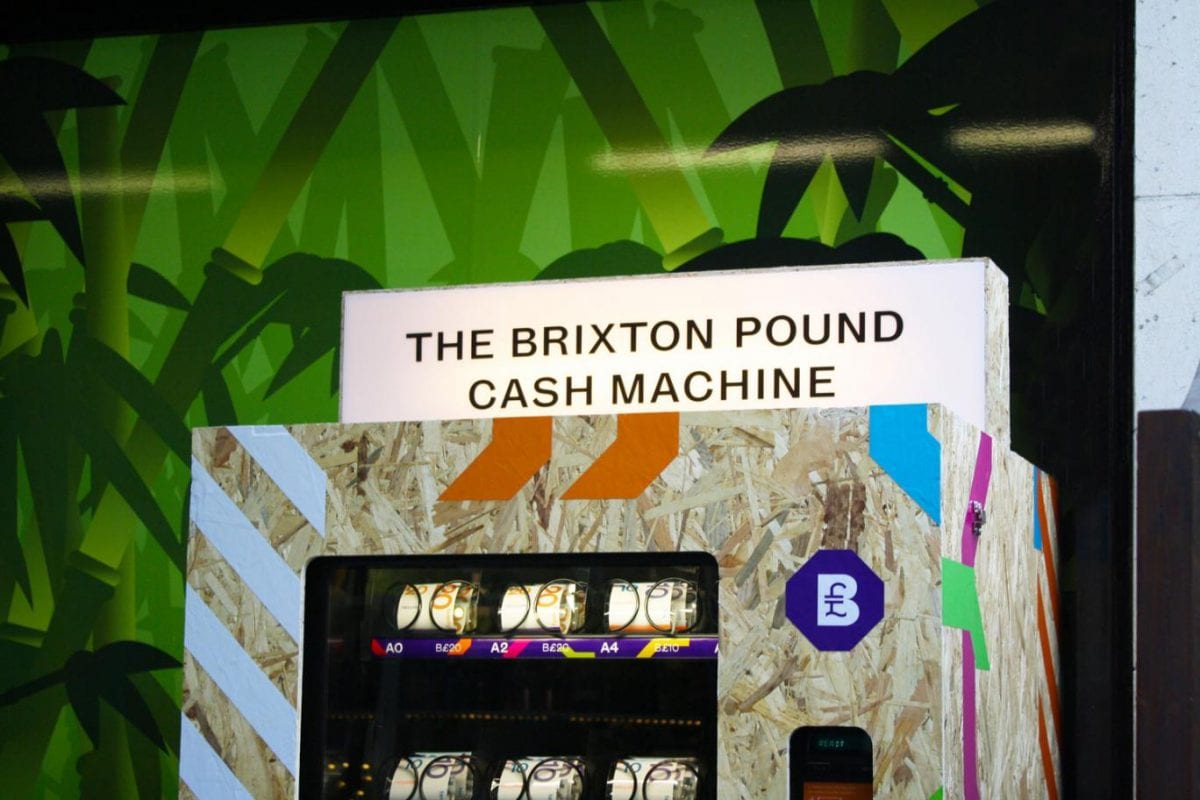 London leads the way again as the world’s first ever local currency cash machine opened in Brixton, the birthplace of David Bowie.

The ATM which can be found in Market Row allows you to withdraw Brixton bank notes, which can only be spent in the local area. Notes can be used in over 300 local independent businesses, including shops, bars, and restaurants.

The notes feature images of local heroes, including Luol Deng and David Bowie and striking pieces of public art in the area.

B£ is the only local currency of its kind in London, and it aims to encourage Brixtonites to spend their money locally and support independent businesses, boosting the area’s community.

Some of the notes have been designed by local creatives, including Jeremy Deller, the British artist who won the Turner Prize back in 2004. The cash machine itself, was designed and produced by local independent and creative agency Kind Studio, has been funded by the London Mayor’s High Street Fund.

Brixton Pound’s Managing Director Tom Shakhli said: “Our cash machine is the latest in our challenge to the conventional view that we’re moving towards a cashless society, and gives locals and visitors to Brixton an opportunity to experiment with money that celebrates community and creates conversations rather than closes them off.”

The scheme is also supported by Lambeth Council, through Payroll Local, a scheme allowing council staff to turn some of their salary directly into electronic Brixton Pound (B£e), if they so wish, it is entirely optional.