One in six days were ‘unswimmable’ due to sewage pollution during the bathing season. 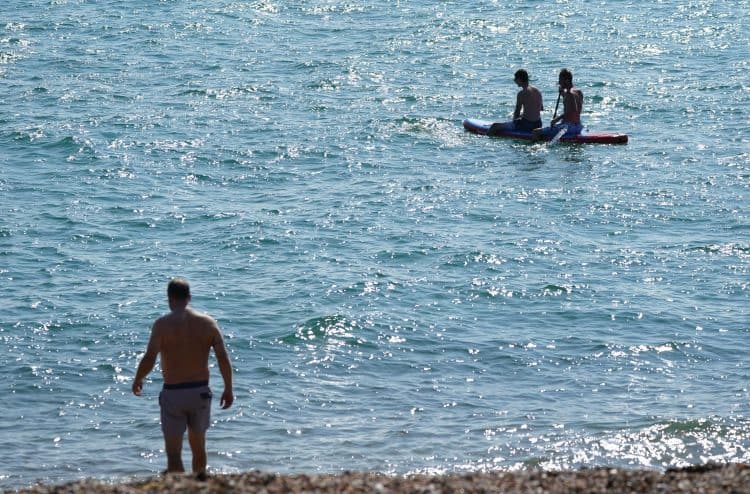 Water companies in England and Wales issued more than 5,500 alerts of sewage being discharged into coastal waters in the last year alone, a shocking report says.

One in six days of the official bathing season were rendered “unswimmable” due to sewage pollution near beaches and other popular coastal spots, Surfers Against Sewage said.

The campaign group said the problem of pollution from storm overflows, which put untreated sewage into the seas and rivers to stop drains overflowing, for example after heavy rain, was increasing.

The charity accesses data on notifications of sewage discharges by water companies and issues a real-time sewage alert through its “safer seas and rivers service” to warn swimmers, surfers, paddleboarders and kayakers of potential pollution.

Its annual water quality report said a total of 5,517 sewer overflow discharge notifications were issued by water companies over the 12-month period to the end of September, – an 87.6 per cent increase on last year’s figure of 2,941.

Some of the increase is due to more notifications and more locations provided by water firms, but Surfers Against Sewage also warned there was not a direct correlation between heavier rainfall and more discharges.

Southern Water scored worst for the total number of sewage overflow discharges, and for the average discharges per location and per 10,000 kilometres of sewage network, according to the report.

Surfers Against Sewage warned that with some water companies only providing information during the bathing season and data only available for coastal waters, the numbers are likely to be a conservative estimate for the number of times sewage is ending up in the seas and rivers.

The charity said all water companies had now agreed to provide notifications throughout the year – important as more than half (56 per cent) of recreational visits to the coast occur outside the summer months.

With notifications kept “live” for 48 hours after they have occurred to allow pollution to disperse, some 6,656 swimming days were lost during the official bathing season alone across the hundreds of monitored sites, or 16 per cent of all days.

The charity also gathers health reports from water users, with 286 reports of sickness in the last year – an increase of 124 cases on the previous year.

Nearly a third (30 per cent) of reports came within 48 hours of a sewage overflow discharge notification or a pollution risk forecast, issued by regulators to provide an indication of when there might be an increased risk of pollution.

As part of the charity’s data collection, citizen scientists conducted regular water sampling at eight locations where a river flows into the sea at, or close to, a designated bathing water.

Hugo Tagholm, chief executive of Surfers Against Sewage, said: “The findings of our report are shocking and outrageous, but they are by no means unexpected.

“Time and time again, governments have claimed concern over the pollution of rivers and seas, but have so far failed to take concrete action to change the status quo.

He added: “We need water companies to clean up their act and commit to a decade of change to ensure our rivers and coastlines are thriving with people and wildlife again.”

The report comes after the Environment Agency and Ofwat launched a major investigation after checks revealed that some water firms may be releasing unpermitted sewage into rivers and watercourses from treatment works.

A recent public backlash over raw sewage being dumped into rivers also forced the government to include measures to tackle the problem in the Environment Act.

Dr Toby Willison, director of environment and corporate affairs at Southern Water, said: “We share the passion and commitment of Surfers Against Sewage’s to protect our precious coastal water and the 700 miles of coastline in our region.

“We know our performance has to improve and we are driving a step change in investment spending £2 billion to cut pollution incidents by 80 per cent by 2025.

A spokesperson for industry body Water UK said: “Water companies recognise the urgent need for action to protect and enhance our rivers and seas.

“Our recent 21st Century Rivers report sets out the key steps needed to achieve the radical changes we all want to see, including calling on government to bring forward legislation in a new Rivers Act that will provide greater protection for rivers in law.

“We know we need to go further and water companies want to invest more to improve infrastructure and stop harm from storm overflows and outfalls.”