Onlookers said the red-haired man started to rant when the driver of the 149 bus refused to let him board with the Santander bike. 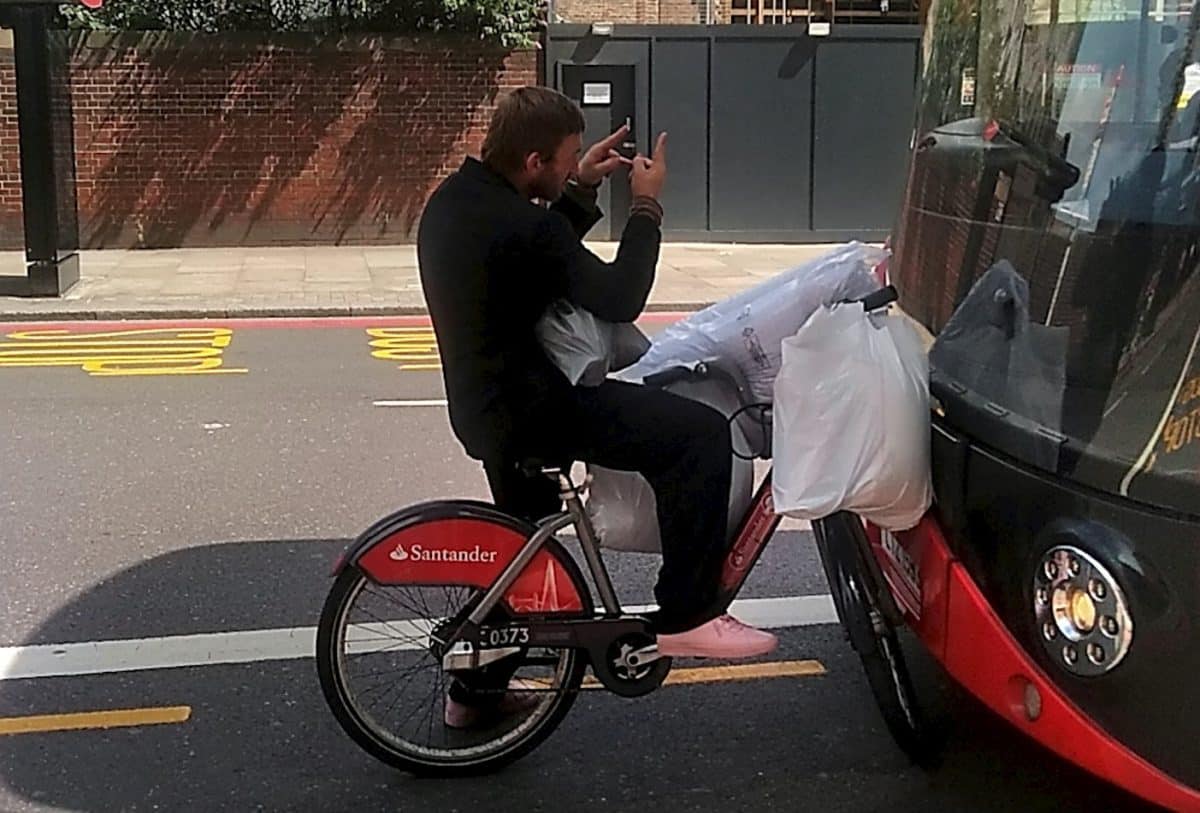 This is the moment an angry cyclist tried and failed to take on a London double decker bus — armed with a ‘Boris bike’.

Onlookers said the red-haired man started to rant when the driver of the 149 bus refused to let him board with the Santander bike.

Fellow passengers said the suited man accused the driver of racism – before blocking the path of the bus by wheeling his bike in front of the moving vehicle.

The video shows him sat on the bike facing the bus while smoking a cigarette, butting it with the bike which is laden with a pillow and two shopping bags.

A front panel on the Stratford-bound bus flips out, and his eventually cycles off, after the clash in Spitalfields, London, at around 3pm on Monday (July 22).

An onlooker said: “I was getting off the bus when I watch the scene unfold.

“The man tried to bring his Santander bike onboard, but the driver told him he couldn’t.

“They began to argue, neither of them were prepared to budge.

“Because the driver was black, the cyclist – who was white – started saying that he was being prejudiced and that the bus driver was racist.

“He sort of took matters into his own hands. I heard him say – ‘Right, you’re not going fucking anywhere’.

“The cyclist then got off the bus, circled around, and rammed his bike into the front of the bus to prevent it from moving.

“Traffic began to pile up behind the bus, but the driver was so calm.

“The guy with the bike must have thought he was protesting social injustice or something – he parked up, and started smoking.

“I don’t know what he was smoking.

“He saw people stop and watch on, and then a minute later decided to head off.”