A series of billboard advertisements have been rolled out on London’s Oxford Street featuring the famous Victoria’s Secret catwalk campaign as you’ve never seen it before. ‘Real’ women wearing incontinence pants star in the ads which emulate the underwear brand’s highly recognisable ‘winged angels’ campaign. Supermodels including Lily Aldridge and Candice Swanepoel, strutted their stuff […] 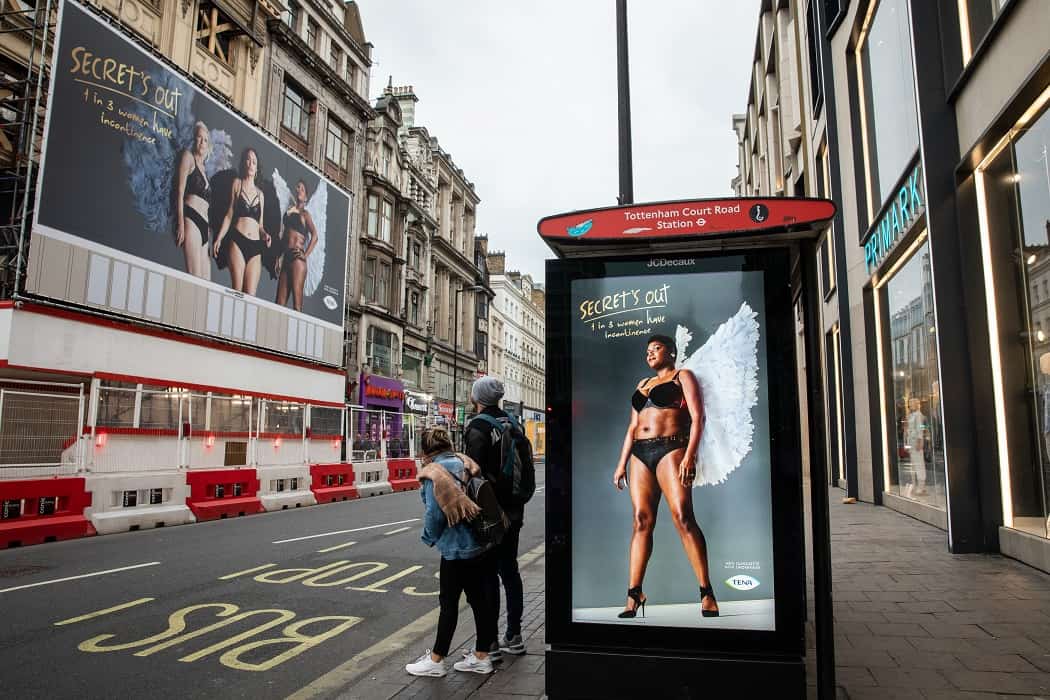 A series of billboard advertisements have been rolled out on London’s Oxford Street featuring the famous Victoria’s Secret catwalk campaign as you’ve never seen it before.

Supermodels including Lily Aldridge and Candice Swanepoel, strutted their stuff in the glamorous underwear in the original pictures.

But this time, rather than high-profile models and statement underwear, these shots show ‘angels’ wearing black underwear for women who suffer from bladder weakness.

The images were created by TENA to launch its new Silhouette Noir product, which is designed to boost women’s confidence by looking, feeling and fitting more like traditional underwear than standard incontinence pants.

It comes after a survey of 2,000 women also revealed three quarters say wearing the perfect underwear can be a huge confidence boost.

Anna McCrory, senior brand manager for TENA said: “For many women, the underwear you have on can really affect your confidence and how you feel, even though most will never be seen by anyone else.

“Just knowing you have a matching set on, or underwear you know fits you perfectly and makes you look good can put a real spring in your step.

“Unfortunately, for women who suffer from incontinence or bladder weakness, they often don’t get the same feeling from their underwear.

“But just because you need to wear incontinence underwear, you shouldn’t have to let go of your self-esteem or sexiness.”