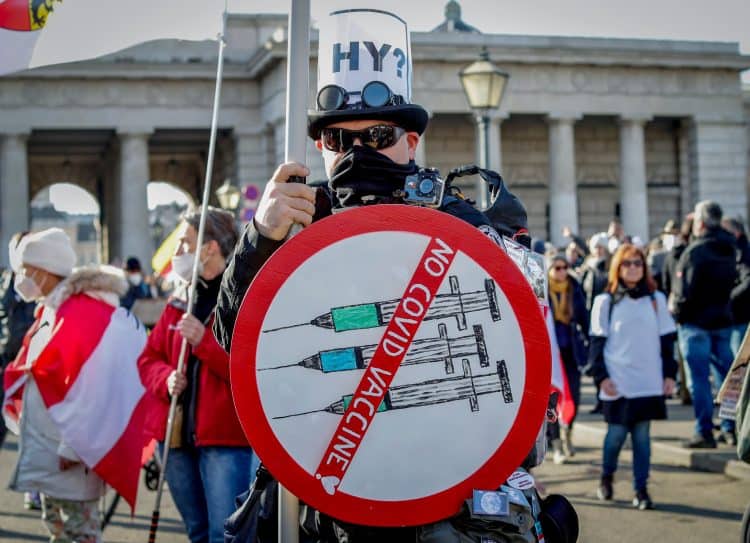 The first person to die from the Omicron variant in the UK was an unvaccinated conspiracy theorist, it has been claimed.

A man, giving his name only as John, made the claim after phoning in to Nick Ferrari’s radio show on LBC.

John, from Smithfield, said his sister told him that his stepfather had died from Omicron in a hospital in Northampton.

He said he knew it was his stepdad because his sister had been informed by doctors at the hospital.

“He wasn’t vaccinated at all”, John said of his stepfather.

“My sister, she’s gutted – but on the other hand she’s a little bit angry that he never took these vaccines.

“She did have an argument with him at the end of October about this very thing, getting vaccinated.

“He thought it was a conspiracy. He was an intelligent man but it’s all these different things you are getting from online and different media things – about oh it’s not real – conspiracy theories really.”

He said his stepdad died on Monday after falling ill at the beginning of the month.

“I didn’t have a relationship with him, my sister did,” he said.

“From what she told me, they [doctors] phoned her every day.”

John said his stepfather initially looked like he was doing better before going “downhill”.

“He was fit, he ate healthy, he didn’t smoke, he hadn’t drunk in 30 years near enough.”

He added that if his stepdad had been vaccinated he might still be alive.

“If you’re vaccinated and you’ve got your booster, you should be alright. It’s the ones that haven’t got it, they’re the ones that need to be worried now,” he said.