After just five days of the launch, the postal service Ukrposhta said that almost half a million had been sold. 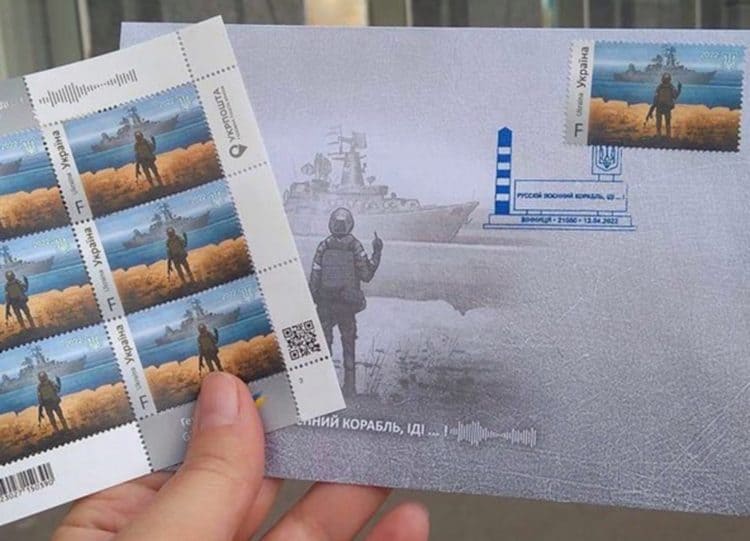 Kyiv’s central post office has been mobbed by punters after new ‘Russian warship, go f*** yourself’ stamps went on sale.

The postal services released the special edition stamp in honour of the soldiers who quite literally gave the finger to the Russian cruiser Moskva on Snake Island.

Footage shared on social media showed queues around the block in an attempt to get their hands on the stamps.

After just five days of the launch, the postal service Ukrposhta said that almost half a million had been sold.

Posting on Instagram, Ukrposhta said: “It has been five days since the launch of the postage stamp with the ship, and almost half a million copies have already been sold. Circulation was one million, and we do not plan to reprint it. Therefore, each brand will retain its historical value.”

The stamps have now sold out in-store, but a limited number can be available to purchase online from tomorrow.

Ukrposhta’s director-general Igor Smelyansky said: “It was democratic, just like Ukraine. Even when air raid sirens sound, people refuse to leave their place in the line.”

He added: “People are in love with it. It reflects the mood around the world towards Russia.”