Two boys, aged 15 and 17, were arrested on suspicion of attempted murder 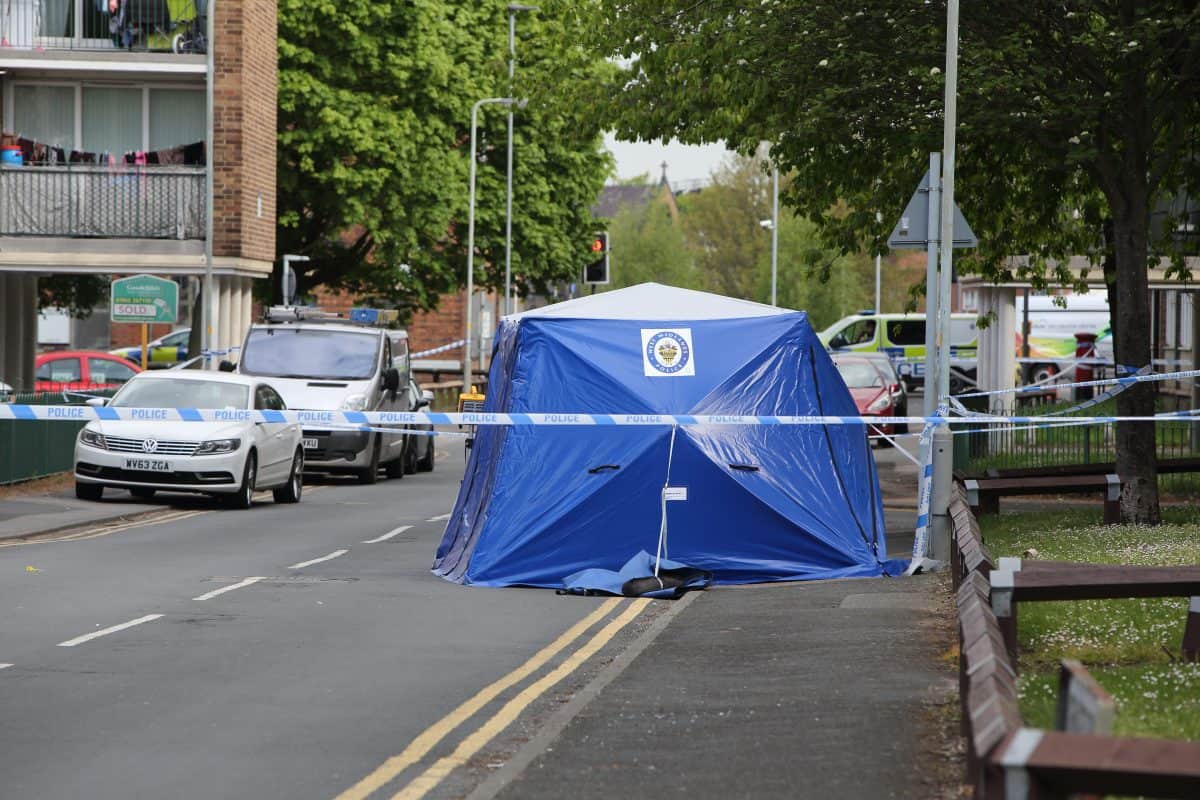 A 16-year-old boy is fighting for his life in hospital after he was shot in the head while two teenagers have been arrested on suspicion of attempted murder.

Armed police, a force helicopter and ambulance crews dashed to Graiseley Street, Wolverhampton, at 8pm on Monday (6/5) after reports of gunfire.

The teenager was found bleeding on the ground with a gunshot wound to the head.

He was rushed to hospital where he remains in a serious condition.

Inspector Ade George said: “I am appealing directly to anyone who was in the area and saw what happened to contact us if they have not already done so.

“No matter how insignificant you feel the information may be, it could really help with our investigation as we continue to follow forensic and CCTV enquiries.”

Witnesses described hearing a series of “loud bangs” shortly before police were called.

Tim Brannon said: “I observed armed police and helicopter descend on Bingley Street off Owen Road after the incident.

“There were at least three armed response Audi Estates.

“But it was dramatic. Most witnesses say they heard shots. Not sure if from police or attackers.”

Another resident said: “I heard three or four loud cracks of gunfire one after the other.

“Minutes later the whole area was full of armed cops and ambulances. It was terrifying. I just hope the poor lad is ok.”

A West Midlands Ambulance Service said: “Ambulance staff and a doctor treated a teenager who was shot in Wolverhampton last night.

“West Midlands Ambulance Service was called to Graiseley Street in the Pennfields area at 7.49pm to reports of an assault.

“An ambulance was on scene within five minutes and was backed up by two paramedic officers and the MERIT Trauma Doctor and Critical Care Paramedic.

“The teenager was treated at the scene before being taken on blue lights to hospital; the doctor travelled with the crew.”