Watch the confrontation here, and see whose side you're on. 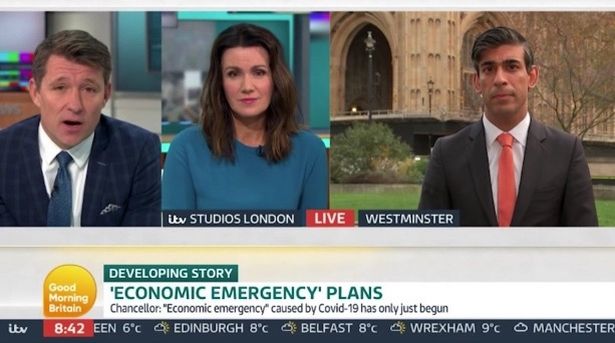 Ofcom has been hit with more than a thousand complaints from furious viewers livid with Rishi Sunak after a fiery on-air confrontation with Good Morning Britain’s Ben Shephard last week.

Sitting in for Piers Morgan, Shephard had read out a tweet from the chancellor that said: “You have not been forgotten. We will not leave you behind. We are all in this together.”

The GMB host then went on the attack, pointing out that “nearly nine per cent of the workforce” are “currently excluded or forgotten about” from all the chancellor’s support schemes.

“I don’t think that three million number is right, as you’ve used it,” Sunak responded, before Shephard interrupted and continued his confrontation with the chancellor. The presenter later said the interview was “frustrating”.

And now it seems that a large chunk of viewers agreed with Shephard – and have made their feelings known to broadcast regulator Ofcom.

You can see the chancellor’s fraught interview, in full, below and make your own mind up.