Pictures of surfers attempting to ride Britain’s biggest wave have emerged as swells in excess of 15ft hit the Cornish coast. The meteorological phenomenon known as the giant ‘Cribbar‘  occurs just a handful of times a year and is officially the biggest wave breaking anywhere in the world today. Among the brave souls taking up the challenge was Henry […] 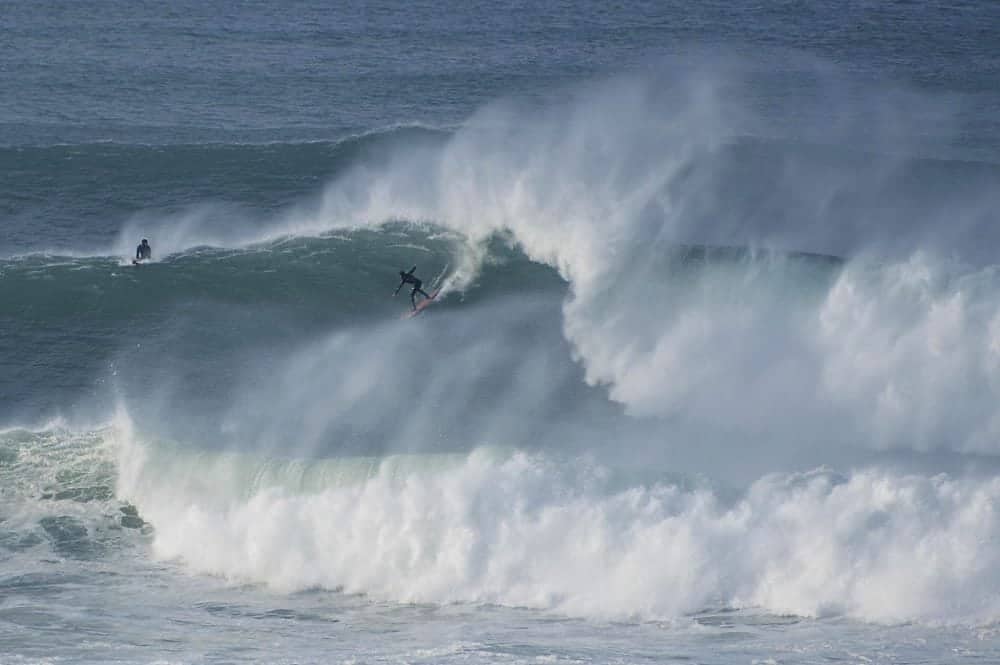 Surfers flock to Newquay in Cornwall to rise the legendary ‘Cribbar’ wave. See SWNS story SWCRIBBAR: The biggest waves in the world are heading to the south west tomorrow with surfers expected to brave the mighty Cribbar wave. Not for the faint-hearted, the Cribbar only appears a few times each year and is popular with professional surfers. Tomorrow it is set to hit Newquay. Ben Skinner, a professional surfer who has ridden the wave many times, said: "The Cribbar doesn't happen that often. You need the right winds, swell and tide.

Pictures of surfers attempting to ride Britain’s biggest wave have emerged as swells in excess of 15ft hit the Cornish coast.

The meteorological phenomenon known as the giant ‘Cribbar‘  occurs just a handful of times a year and is officially the biggest wave breaking anywhere in the world today.

Among the brave souls taking up the challenge was Henry Neill, who made the journey all the way from Australia to attempt it.

Before his failed attempt, Henry said: “I’ve been waiting for a swell like this for a while it’s probably about 10 to 15ft out there.

“It’s looking a bit dangerous but I think I’m going to tackle it and see what we can do.” Popular spots for surfers was at Fistral Beach in Newquay and at Porthleven, Cornwall’s best shallow reef break.

Professional surfer Ben Skinner, from Newquay, who has ridden the mighty wave many times, said: “The Cribbar doesn’t happen that often. You need the right winds, swell and tide.

“It’s quite tricky and you just never know. As a wave – it’s raw. It’s far out to sea and it’s got some serious consequences if thing don’t go right. I’ve had a few times when things haven’t gone well.” The surf spot was given the dubious title the Widow Maker due to its dangerous reputation, and is a favourite haunt of big wave surfers from across the globe whenever it appear.
To form, it needs a combination of light, offshore winds, and a westerly 14ft swell with a long 17 second period – which is the time it takes for two successive waves to pass through a determined point.

Those factors create the largest surfable waves in the world and at its highest it can reach up to 30ft.

Photographer David Edmonds took photos of several of those attempting it today.  He said: “It was not the biggest ever but offshore winds made for great conditions.”