She said he probably was ambushed by a cake and it's time we "all forget about it now". 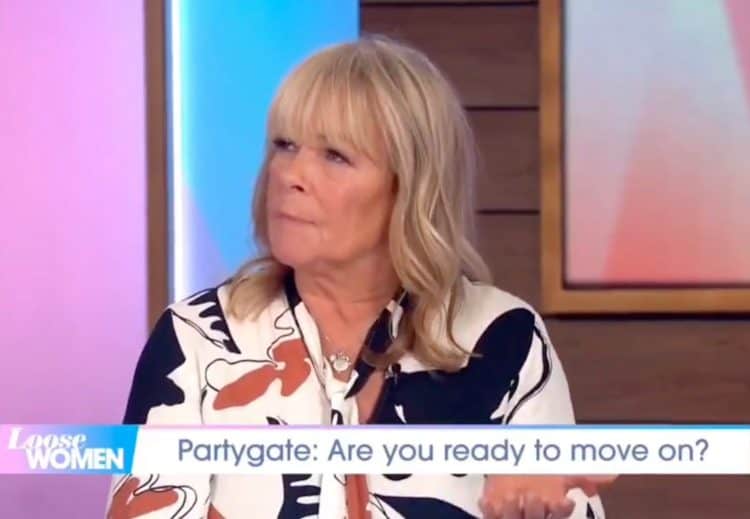 Loose Women panellist Linda Robson drew a stunned response after she admitted to “really liking” Boris Johnson and insisting he is a “decent man”.

The chat show group discussed the prime minister’s response after Sue Gray’s partygate report was released, revealing a number of failings behind the doors of Number 10.

Gray’s report said the public would be “dismayed” by a series of breaches of coronavirus rules in No 10 and Westminster.

Johnson claimed he was “humbled and had learned a lesson” from the report – but then tried to suggest he had been vindicated and it was time to “move on” from the Partygate saga that has dogged his premiership.

Reacting to the news on the ITV show today, panellist Nadia Sawalha said that she felt “sick to [her] stomach”.

“If one more politician tells me how to feel and to move on,” Nadia fumed. “Because I’m not ready to move on!”

However, Linda felt very differently as she declared: “I do believe that not all of it is not all of his fault”.

Repeating the ‘ambushed by a cake’ line she said: “When it was his birthday his wife turned up with a cake and I don’t think he knew that that was going to happen.”

Referring to the Covid pandemic, Linda insisted that “no one could have expected this to happen”, adding: “I just really like him, I think he’s a decent man.”

Nadia hit back, insisting that Johnson’s “bumbling” was just an “act”.

“I did fall for all this, I think he’s very smart,” she admitted. “I did fall for this ‘bumbling, doesn’t mean any harm’… I’ve watched over the years and it’s all an act!”