Earlier in the week The Sun had criticised Starmer, saying his anti-Brexit and pro-immigration stance would never get Labour back into power. 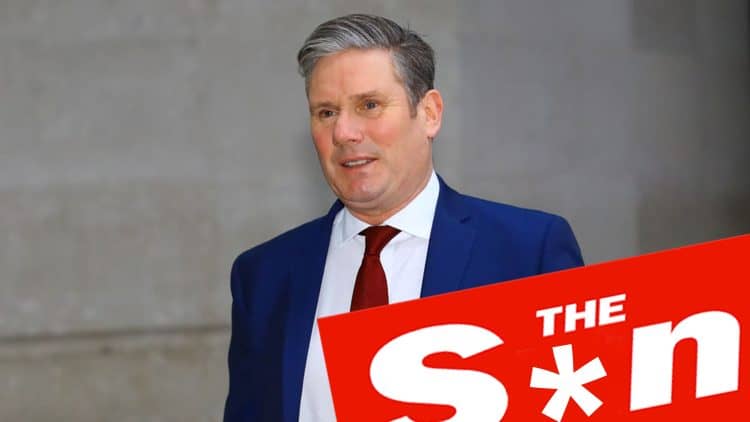 Sir Keir Starmer cosied up to Rupert Murdoch’s Sun newspaper today with an op-ed penned for its Sunday edition.

During the Labour leadership contest the MP forHolborn and St Pancras pledged not to speak to the red top following years of hostility under the party’s former leadership.

He later backtracked when it was suggested that he may need the support of the Sun to win the next election.

Pushed byAyesha Hazarika on whether he would give the paper interviews as Labour leader, he said: “Well, let’s get to be leader first, and then you can come back and ask me again.”

But that may not be necessary after he personally penned an article for the tabloid, calling out the prime minister’s incompetence and crediting the military for “stepping up when asked”.

He said: “The government needs to get on with urgently issuing visas to fix the crisis now,” saying Labour will support any emergency measures.

Yet just days ago in the very same paper Sir Keir was criticised for his “anti-Brexit” and “pro-immigration” stance by columnist Trevor Kavanagh, who said such policies will “never lead Labour back into power”.

Perhaps you should be careful what you wish for, Sir Keir?