The prime minister pointed out schools had been kept open even during the Korean war. 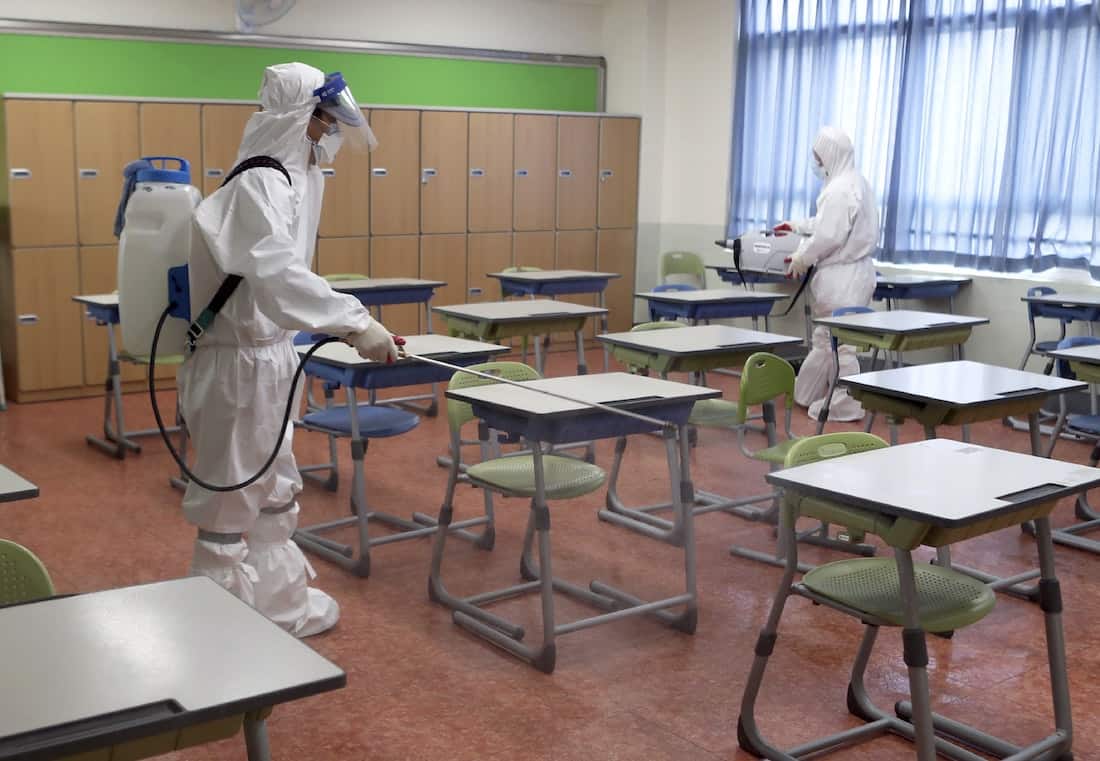 South Korea’s government has defended its decision to reopen schools despite health risks posed by a resurgence in Covid-19 cases.

The figure of 49 new cases announced by the Korea Centres for Disease Control and Prevention brought national totals to 11,590 cases and 273 deaths.

All but one of the new cases were reported from the densely populated Seoul metropolitan area, where hundreds of infections have been linked to entertainment venues, church gatherings and a massive e-commerce warehouse.

Mayors and governors in the greater capital area have shut thousands of nightclubs, hostess bars, karaoke rooms, churches and wedding halls to slow the spread of the virus.

Some entertainment venues in Seoul, Incheon and Daejeon began collecting the personal details of their customers through smartphone QR codes this week so they could be located easily when needed, a requirement that will be expanded nationwide on June 10.

Despite the spike in transmissions, the government has been pushing ahead with a phased reopening of schools, which began with high-school seniors on May 20.

The Education Ministry could not immediately confirm how many schools had to delay their openings because of virus concerns.

But it said that 519 schools so far have been forced to go back to remote learning.

Keeping schools closed would have been a difficult political decision in a country where teenagers are thrown into hyper-competitive school environments because graduating from elite universities is seen as crucial to career prospects.

But some critics say that would have been the right decision for public health interests and that officials are risking the safety of children and their families.

Premier Chung Sye-kyun said that the country kept schools open even during the 1950-53 Korean War.

“I believe that we cannot fail the dreams and future of our children because of the current difficulties,” Mr Chung said during a virus meeting.