About 2,000 Armed Forces personnel are being deployed to the area for the pilot of mass testing in England. 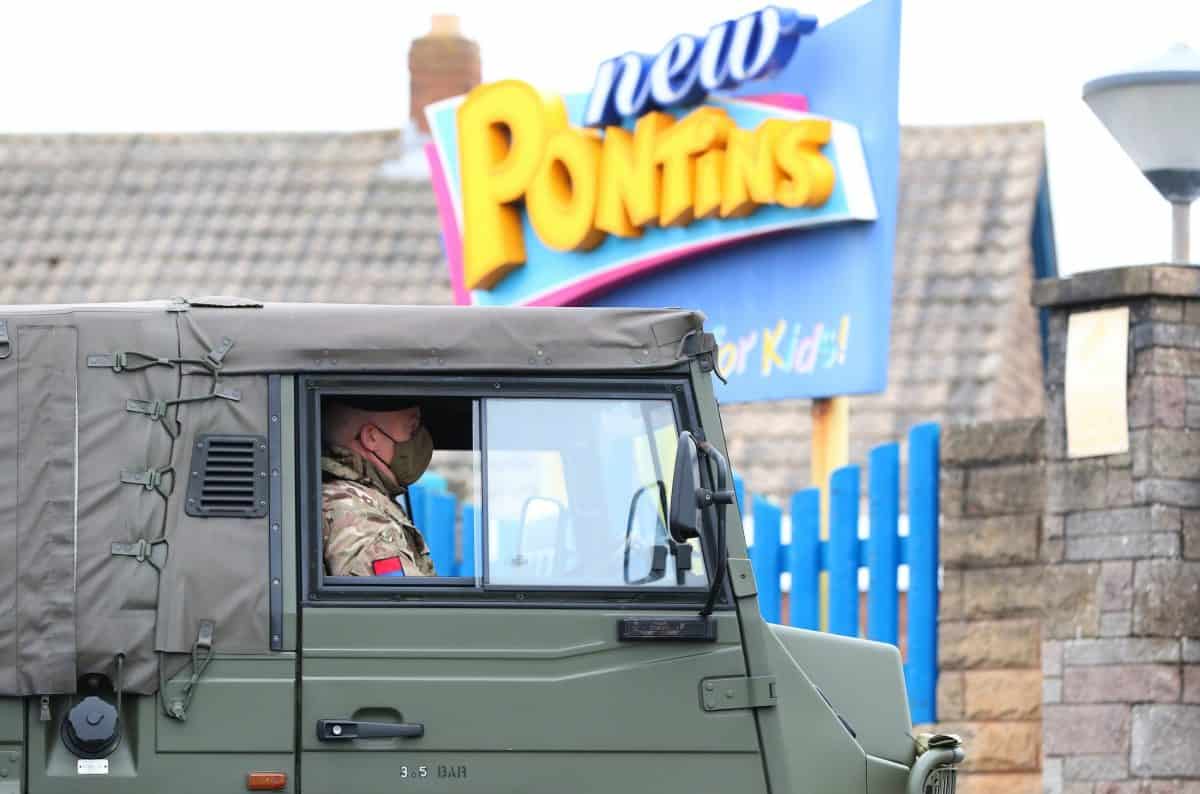 Soldiers have been bussed in to a holiday park in Merseyside as Liverpool prepares for a mass coronavirus testing programme.

About 2,000 Armed Forces personnel are being deployed to the area for the pilot of mass testing in England.

The programme, which will begin on Friday, will mean anyone living or working in the city can be tested regularly, even if they have no symptoms, in an approach which Prime Minister Boris Johnson said “has the potential to be a powerful new weapon in our fight against Covid-19”.

On Thursday, coaches carrying soldiers arrived at the Pontins Southport Holiday Park in Sefton, where the entrance was manned by Army personnel.

Army and police vehicles were also seen arriving at the site, which is usually a holiday destination for families staying at the seaside resort.

Soldiers will work alongside Test and Trace and commercial partners to support the mass testing by planning logistics and delivering the rapid turnaround lateral flow testing part of the programme.

Speaking when the initiative was announced on Monday, Defence Secretary Ben Wallace said: “We will be deploying 2,000 talented Armed Forces personnel to, once again, rise to the challenges posed by Covid-19 to ensure we go above and beyond for the Liverpool community – we will have your backs throughout the trial.

“The military are uniquely placed to help with the fight against Covid-19 and remain ready to support with the mass testing initiative in Liverpool along with the additional needs of the country at this time.”

The aim of the programme is to find asymptomatic cases in order to help prevent and reduce transmission in the community.

Testing will be carried out in new and existing sites across the city, including in hospitals, care home settings, schools, universities, workplaces and using at-home kits