Last year, it emerged that workers at the “fast fashion” brand’s factory in Leicester were being paid £3.50 per hour. 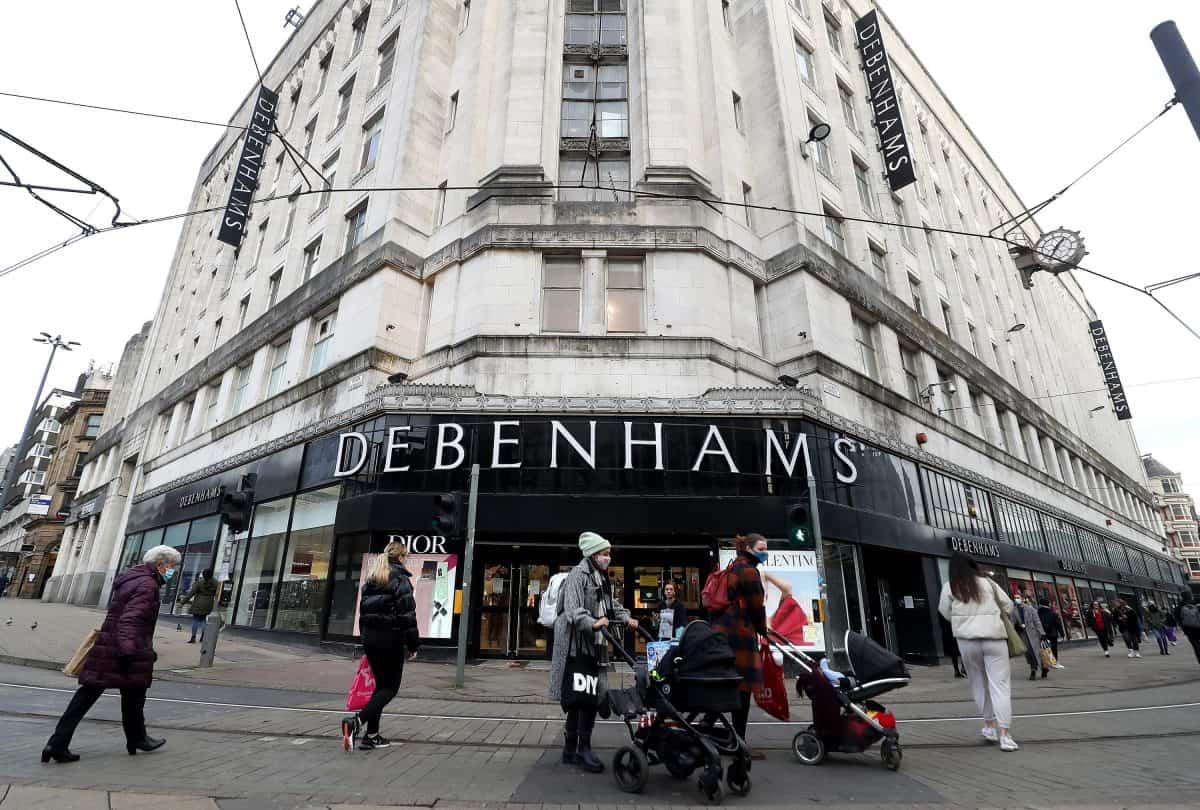 Online fashion retailer Boohoo – accused of widespread exploitation over the summer – has bought the Debenhams brand and website for £55 million in a deal that will see company’s remaining 118 stores close for good.

The deal will see Debenhams products sold by Boohoo from later this year, allowing enough time for liquidators to continue closing the retailer’s sites once they are allowed to reopen after Covid-19 lockdown restrictions are lifted.

But with stores closing across the 242-year-old brand, it is unlikely many of the remaining 12,000 jobs will be saved.

Debenhams had already announced significant job losses and the permanent closure of six stores, including its flagship outlet on London’s Oxford Street.

Boohoo said the deal represents a “fantastic opportunity” to target new customers and launch into the beauty, sports and homewares market for the first time.

Last year, it emerged that workers at the “fast fashion” brand’s factory in Leicester were being paid £3.50 per hour – leading to accusations of modern-day slavery.

Debenhams was wound up by a judge in a specialist court on Monday, with a judge describing the retailer as a “rudderless ship” drifting in an “ocean of insolvency” – which needs to be brought into port.

Boohoo chief executive John Lyttle said: “The acquisition of the Debenhams brand is an important development for the group, as we seek to capture incremental growth opportunities arising from the accelerating shift to online retail.”

Founder and executive chairman Mahmud Kamani said: “Our acquisition of the Debenhams brand is strategically significant as it represents a huge step which accelerates our ambition to be a leader, not just in fashion e-commerce, but in new categories including beauty, sport and homeware.”

Boohoo has previously bought a number of well-known high street brands out of administration, turning them into online-only operations, including Oasis, Coast and Karen Millen.

Geoff Rowley, joint administrator for Debenhams and partner of FRP Advisory, said: “We are pleased to have secured the future for this great brand, and to have created the opportunity for a new Debenhams-branded business to emerge in a different shape beyond the pandemic.

“I expect that the agreement with Boohoo may provide some job opportunities but we regret that this outcome does not safeguard the jobs of Debenhams’ employees beyond the winding-down period.”