A new ride hailing app has taken a public swipe at Uber for avoiding local taxes by erecting huge billboard ads in Leicester Square. Kapten, launched today in London, has called its rival out for not paying VAT in the UK claiming that every time a Londoner takes an Uber ride a massive 60p is […] 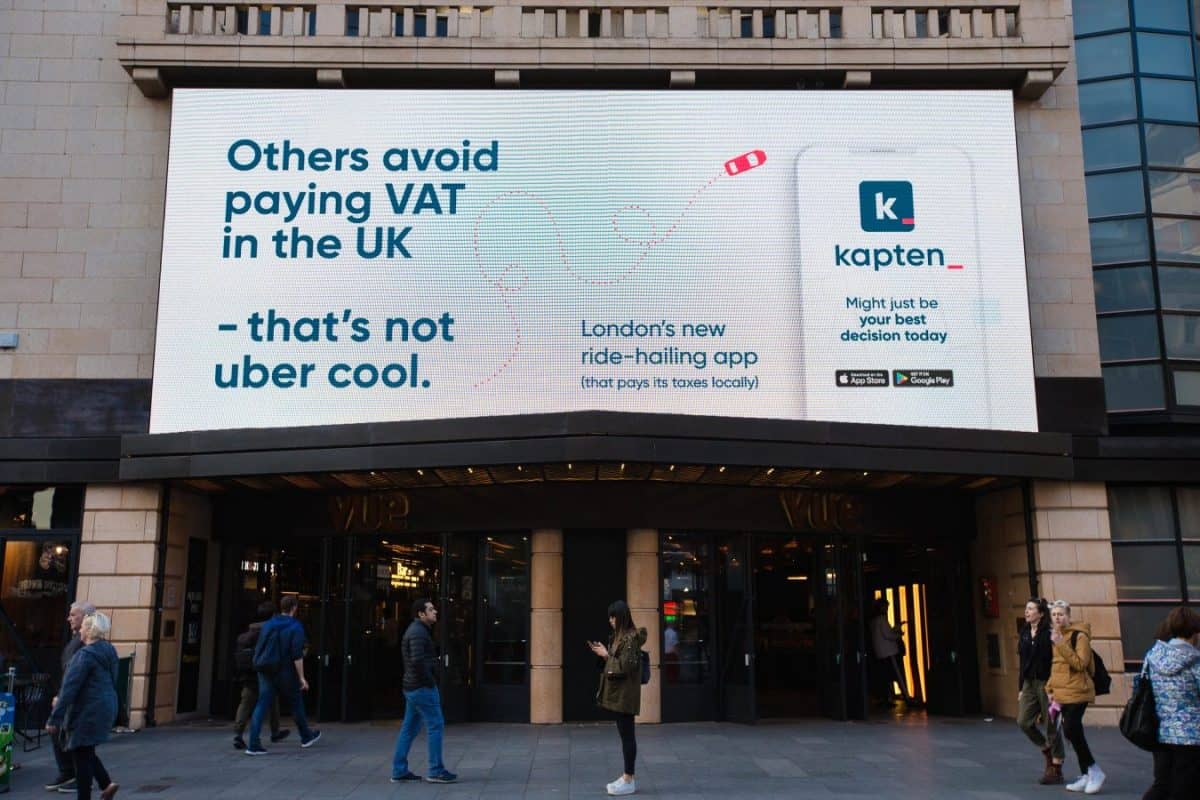 Kapten, launched today in London, has called its rival out for not paying VAT in the UK claiming that every time a Londoner takes an Uber ride a massive 60p is lost that could finance the NHS, schools and other parts of the economy.

Uber has come under fire for paying little tax to the UK government and avoiding VAT on top of their service fee due to their Dutch tax location.

The firm had an estimated £1 billion of ride bookings in the UK in 2018. If 20 per cent VAT was added to its 25 per cent commission, the UK Exchequer would get an additional £50 million per year.

It has become one of many multinational firms that can operate in the UK and make a sizeable revenue without making contributions to the Treasury’s coffers – something Kapten says it will not do.

Mariusz Zabrocki, London General Manager of Kapten, says: “There has been one dominant, over-confident ride-hailing player in London and it’s time to shake things up. We believe London’s private-hire drivers, commuters and residents deserve better.”

Kapten, which is backed by Daimler and BMW, was first launched in France in 2012 and quickly became a major player in Paris, one of the most competitive markets in the world.

Now the company has expanded into London, with an official TfL licence, following successful launches in Lisbon and Geneva.

Serving zones 1 to 5, the app-based service is launching with a 50 per cent-off offer on rides. After the launch, Kapten’s fares will be on average 20 per cent cheaper than the competition, with trips in the congestion charge zone at least £2 cheaper than Uber due to congestion and clean-air fees.

Kapten also offers a fixed-price guarantee on rides, so contrary to other private-hire services, you always know the exact price of the ride before you book a trip.