The cat - named Matilda - was found by refuse collectors in a large chest-height bin outside a block of flats in Croydon.

by Ben Cusack
in Broken Britain, Must Reads, News 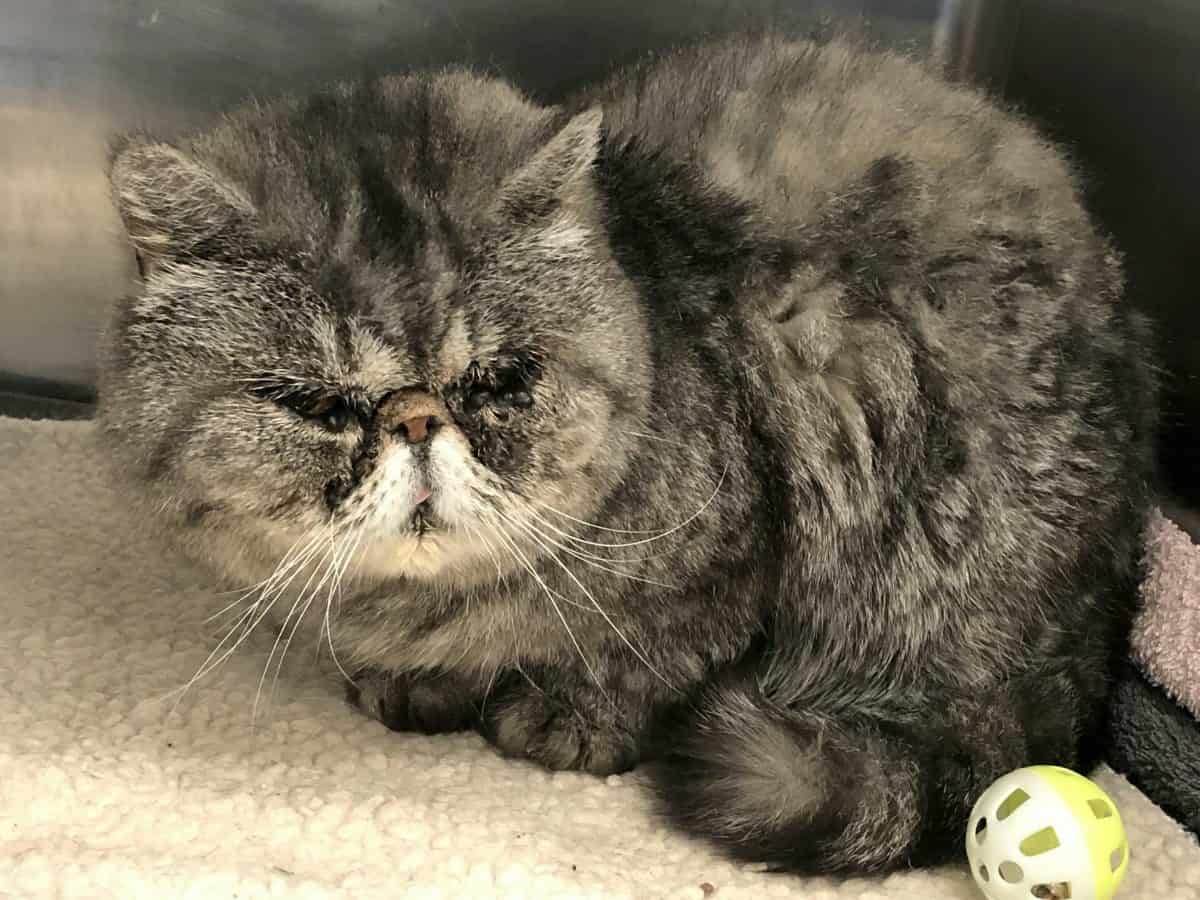 A sweet elderly cat has been nicknamed ‘Bagpuss’ after she was found dumped in a bin.

RSPCA inspectors reckon the Persian cat was deliberately binned, because there is no way she could have got in there on her own.

The distinctive cat, which staff have called Matilda, was compared to the much-loved saggy cloth cat and children’s character from the Adventures of Bagpuss TV series.

Binmen discovered Matilda in a large chest-height bin which would have been difficult for her to climb into, outside a block of flats in Croydon in south London.

She was taken to a nearby RSPCA centre for a check up after the workers failed to track down her owners and contacted the animal charity on Tuesday.

Jo Elmes, from RSPCA Putney, said: “As soon as we saw poor Matilda she reminded us of the much-loved childhood character Bagpuss.

“We can’t believe someone thought she was rubbish, she is such a sweet girl.

“She is doing really well here though so if no one comes forward hopefully we can find her a loving new home – although perhaps not with a woodpecker and some mice.”

Matilda is thought to be around 12 years old and is recovering at the RSPCA centre after she was found without a microchip.

Animal collection officer Tom Goldsmith said: “We knocked on some doors but couldn’t find anyone that recognised this poor cat.

“She did have sticky eyes and seemed unwell so we took her to RSPCA Putney for a check over.

“I think it’s unlikely she got into the bin herself because of the position and height of it, so sadly this may have been done deliberately.”

As well as showing symptoms of cat flu, RSPCA vets fear poor Matilda may always have problems with her eyes because of her breed.

Persians are bred with extremely short, flat faces, known as brachycephalic, and can suffer health and welfare issues as a result, including breathing

By Ben Cusack and Laura Sharman